The Apex Debugger extends the Force.com IDE plug-in for Eclipse and
behaves similarly to debuggers available for other languages. Use it
in sandbox orgs to root out the bugs in your Apex code.

I also see the PDF release notes say “Contact Salesforce to enable” and that additional cost is involved. Yo Force reports a cost of $18,000 a year in their answer.

I’m looking for feedback from someone who has actually used the feature in their normal work. How well does it work? Any gotchas? Has effective debugging support for Apex finally been delivered?

I convinced my PM that I needed the debugger for my recent project. I have not really used it much however, as I ended up doing so much front end work.
Also, with lots of unit tests, you don’t need it as much either.

One thing that was very annoying was that any time metadata on the project gets saved, your session gets killed. Which was a lot.

However, in general, the debugger works very well.

Here is the evidence: 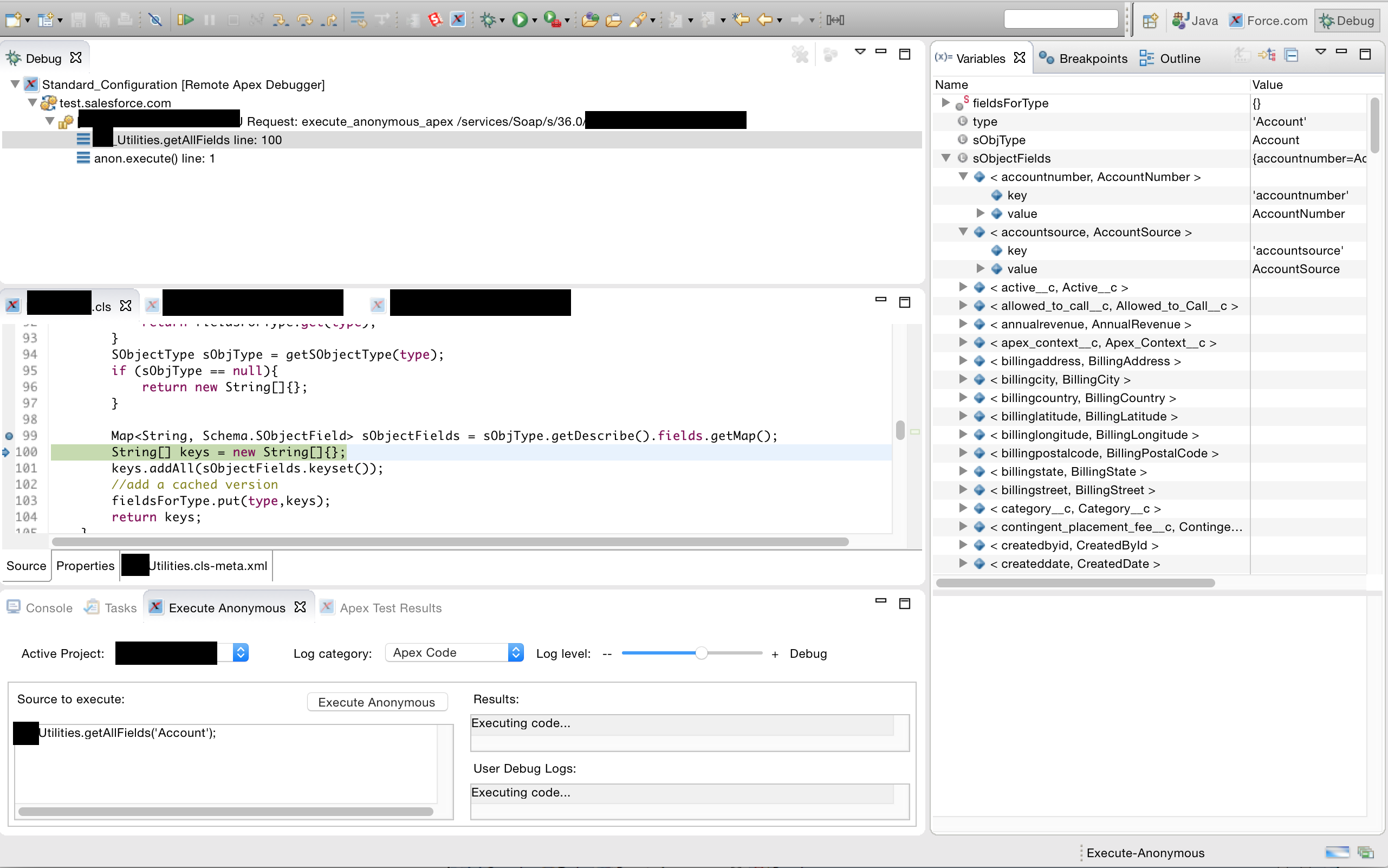 It does not work currently with Eclipse 4.5 (for me anyway). The entire Force.com environment failed to load.

Also make sure you follow the process described here. I had a lot of trouble with the debugger until I followed this process exactly (I initially just made a Force.com debug configuration and started a session without setting up the perspective first as described in the above webpage – it failed to stop at any of my break points)

And finally, yeah, I think it’s costing over 1200 a month, which given how much I’ve used it is probably not worth it, unfortunately. However, given a different project and different mix of coding tasks, it could be extremely useful.