I truly have a lack of understanding of how the bootstrap filter works. I roughly know the concepts but I fail to grasps certain details. This question is for me to clear up the clutter. Here I will use this popular filter algorithm from a reference by doucet (so far I think this is the easiest reference). Let me first tell you that my problem is understanding which distributions are known and which is unknown. 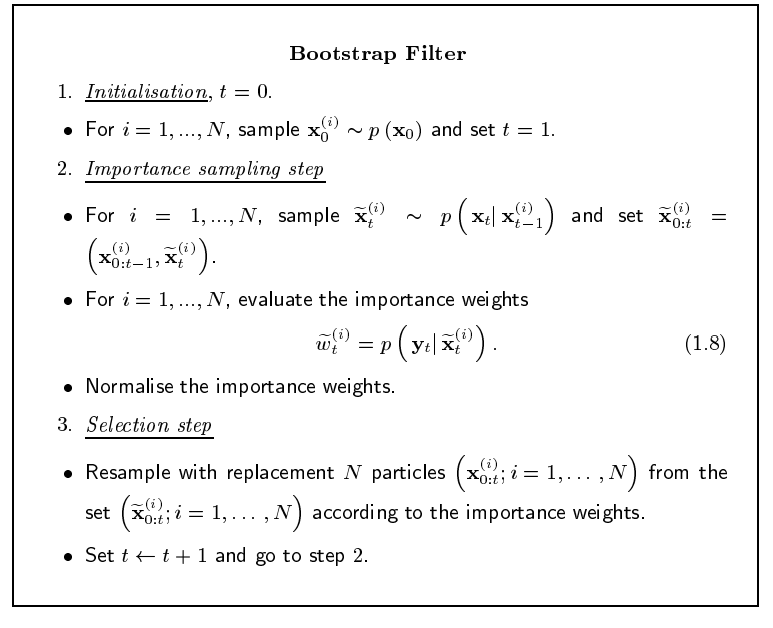 These are my questions:

This is a random walk observed with noise (you only observe $Y$, not $X$). You can compute $p(X_t|Y_1, …, Y_t)$ exactly with the Kalman filter, but we’ll use the bootstrap filter at your request. We can restate the model in terms of the state transition distribution, the initial state distribution, and the observation distribution (in that order), which is more useful for the particle filter:

Go back to step 2, moving forward with the resampled version of the particles, until we’ve processed the whole series.

An implementation in R follows: 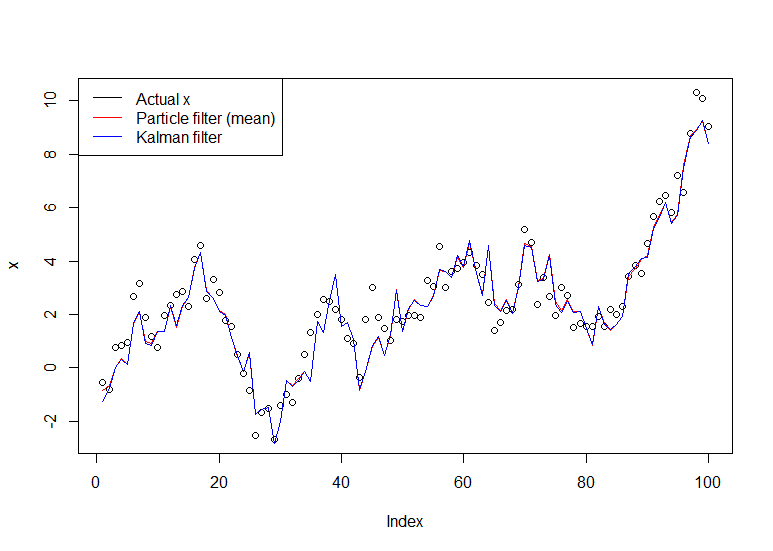 A useful tutorial is the one by Doucet and Johansen, see here.