Suppose we know p(x,y), p(x,z) and p(y,z), is it true that the joint distribution p(x,y,z) is identifiable? I.e., there is only one possible p(x,y,z) which has above marginals?

No. Perhaps the simplest counterexample concerns the distribution of three independent Bernoulli(1/2) variables Xi, for which all eight possible outcomes from (0,0,0) through (1,1,1) are equally likely. This makes all four marginal distributions uniform on {(0,0),(0,1),(1,0),(1,1)}.

The cover of Douglas Hofstadter’s Godel, Escher, Bach hints at the possibilities. 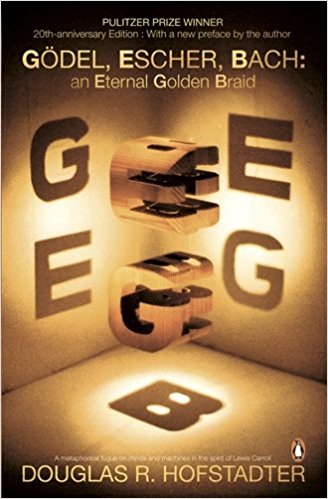 The three orthogonal projections (shadows) of each of these solids onto the coordinate planes are the same, but the solids obviously differ. Although shadows aren’t quite the same thing as marginal distributions, they function in rather a similar way to restrict, but not completely determine, the 3D object that casts them.