One common measure used to compare two or more classification models is to use the area under the ROC curve (AUC) as a way to indirectly assess their performance. In this case a model with a larger AUC is usually interpreted as performing better than a model with a smaller AUC. But , according to Vihinen, 2012 (https://www.ncbi.nlm.nih.gov/pmc/articles/PMC3303716/), when both curves cross each other such comparison is no longer valid. Why is it so?

For instance what one could ascertain about models A, B and C based on the ROC curves and AUCs bellow? 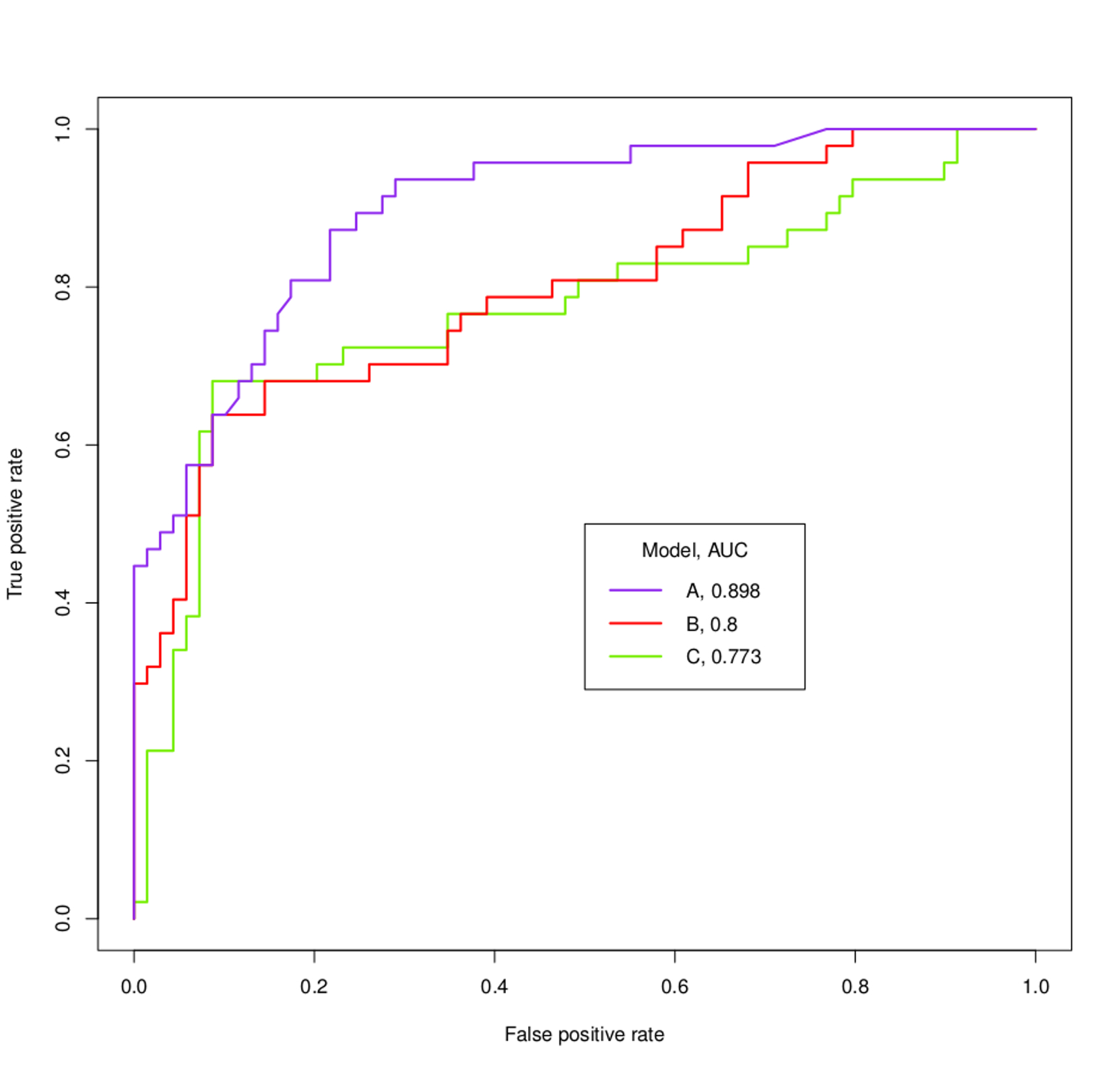 A ROC curve visualizes TPR and FPR for all possible thresholds.

Example: If one classifier performs much better on a FPR of 0.2, but it is important to reach high Recall, then it performs well on a threshold you are not interested in.

About the ROC curves in your graph: You can easily tell that ‘A’ performs much better, without even knowing what you want to achieve. As soon as the violet curve crosses the others it crosses them again. You are most probably not interested in that small part, where ‘B’ and ‘C’ perform slighty better.

In the following graph you see two ROC curves, that also cross each other. Here, you cannot tell which one is better as they kind of complement each other. 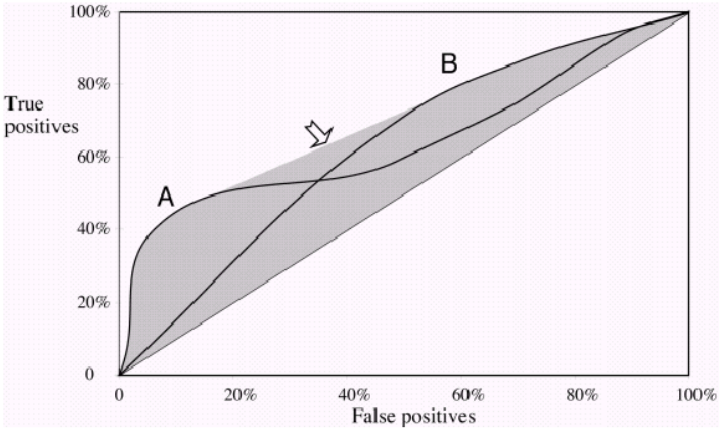 Notice, that at the end of the day, you are interested in picking one threshold for your classification and the AUC only gives you an estimation of how well a model performs in general.