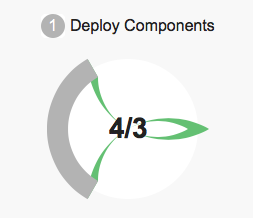 So that seems a little bizarre to me! What’s going on?!! When the deployment finishes successfully, it changes to the following (looks more normal): 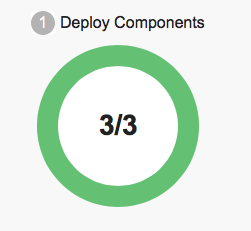 From the official Documentation of deployment dependencies:

Metadata components may depend on other components. For example, you can’t deploy a custom field without deploying its custom object as well because the field’s existence depends on the object. These kinds of object dependencies are not always within the same object; they can be across different objects. For example, a relationship field on one object can’t be deployed without the target object being included in the deployment, or already present in the target organization.

You can find the explanation in Deployment Dependencies and Monitoring the Status of Your Deployments of Salesforce.