Some authors (e.g. Pallant, 2007, p. 225; see image below) suggest to calculate the effect size for a Wilcoxon signed rank test by dividing the test statistic by the square root of the number of observations:

Others suggest the Bravais-Pearson (r=cov(XY)sd(X)×sd(Y)) or Spearman (rS) correlation coefficients (depending on data type).

When you calculate them, the two rs are not even remotely the same. E.g., for my current data:

These would imply quite different effect sizes.

So which is the correct effect size to use, and how do the two rs relate to each other? 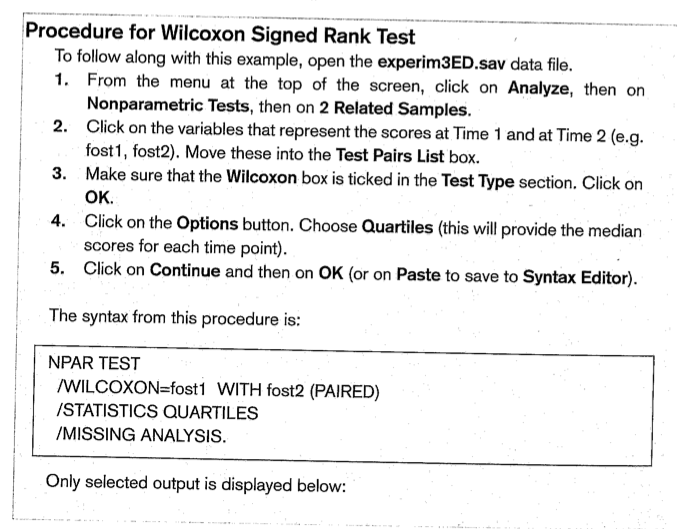 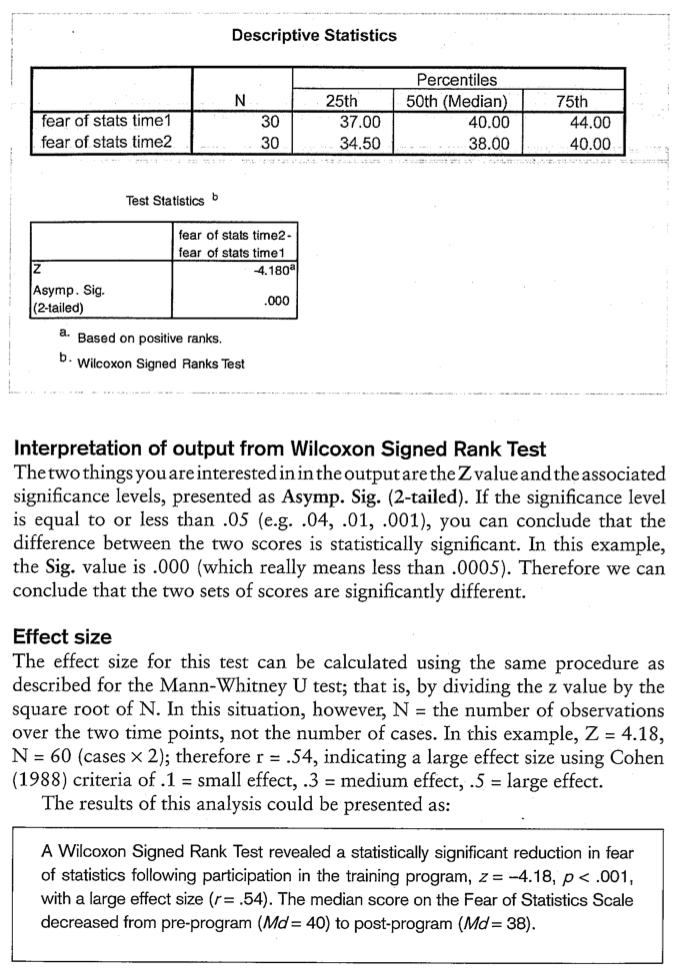 Generally speaking, a hypothesis test will output a p-value that can be used to make a decision about whether or not to reject the null hypothesis while controlling for the type I error rate. The p-value, however, conflates the size of the effect with our amount of clarity that it is inconsistent with the null (in essence, how much data the test had access to). An effect size generally tries to extract the N so as to isolate the magnitude of the effect. That line of reasoning illuminates the rationale behind dividing z by √N. However, a major consideration with effect size measures is interpretability. Most commonly that consideration plays out in choosing between a raw effect size or a standardized effect size. (I suppose we could call z/√N a standardized effect size, for what that’s worth.) At any rate, my guess is that reporting z/√N won’t give people a quick, straightforward intuition into your effect.

There is another wrinkle, though. While you want an estimate of the size of the overall effect, people typically use the Wilcoxon signed rank test with data that are only ordinal. That is, where they don’t trust that the data can reliably indicate the magnitude of the shift within a student, but only that a shift occurred. That brings me to the proportion improved discussed above.

On the other hand, if you do trust that the values are intrinsically meaningful (e.g., you only used the signed rank test for its robustness to normality and outliers), you could just use a raw mean or median difference, or the standardized mean difference as a measure of effect.