In the first generation of Managed Packages (1GP), you are able to create Managed Extension packages that technically required a base package.

Both could be distributed and licensed using the same ISV process (Become AppExchange Partner, Pass Security Review, use LMA for licensing).

How does this work in 2GP?

Thanks for the question! I’ve created an answer in three parts, each one meant to address a specific question you’ve asked.

Not gonna lie, this is a long read. For those who want something shorter, here’s the TL;DR.

The LMA has no problem seeing 2GP extension packages so long as your Dev Hub is linked to your publishing console and you’ve created and promoted at least one second-generation package version from that Dev Hub.

There are several enablement materials that are relevant to this topic, but they’re spread out over a large number of sites and locations. If you have just 17 minutes to learn more, the one resource to check out is this video from DreamTX ’20: Build Apps Using 2nd-Generation Managed Packages.

For those with time to kill (and an itch to learn!) let’s dive in!

PART ONE: How to Create Second-Generation Extension Packages

How Package Dependency Works During Development

Package dependency is at the heart of what makes one package an “extension” of another, so it’s important to understand the rules that govern this interaction, especially those that impact you during development.

Package Dependency Rule #1: Package dependencies (i.e. “base packages”) must be present in the org where development of the dependent (i.e. “extension”) package takes place in order to satisfy design-time metadata dependencies.

Package Dependency Rule #2: 2GPs that depend on other packages must explicitly define such dependencies inside of the sfdx-project.json file at the root of the SFDX project directory where the 2GP is being developed.

Package Dependency Rule #4: Circular package dependencies are prohibited. This means that if Package B depends on Package A then it’s not OK for Package A to also depend on Package B. Packages built in this way would never be installable because no matter which package you install first the subscriber org would always be missing a package dependency.

With all the rules of package dependency in mind, let’s look at an example of 2GP extension package development in action. Consider this excerpt of a Salesforce DX project definition file, sfdx-project.json, used during the development of an expense calculator app.

Observation #1: The “Expense Calculator” app is actually an MPSN (multi-package, same-namespace) solution because both the Expense Calculator and Accounting Logic packages are 2GPs that share the same namespace. We know this because each package is defined inside of the packageDirectories object array and each one has a package alias that points to a 0Ho Package2 ID.

This is very important because the Expense Calculator package has metadata components that depend on the metadata found in the Accounting Logic package. When getting an empty scratch org ready for development, if the source from the Accounting Logic package was not pushed to the scratch org first the force:source:push command would end up failing due to invalid metadata references.

Observation #3: The dependency between Expense Calculator and Accounting Logic is an internal dependency because both packages share the same namespace and were created against the same Dev Hub. This allows the Expense Calculator package directory definition to use the specialized syntax of "versionNumber": "4.5.0.LATEST" to specify which version of the Accounting Logic package it depends on.

Observation #4: The dependency on Apex Library@1.3.0.1 is an external dependency because that package is neither part of the same namespace nor owned by the same Dev Hub as the Expense Calculator and Accounting Logic packages.

The fact that it’s an external dependency is also why Apex Library@1.3.0.1 is aliased to a 04t package version ID. Note that both Expense Calculator and Accounting Logic are aliased to 0Ho Package2 IDs, something that’s only possible when the packages referenced are owned by the same Dev Hub that’s being used to run any force:package commands in this project.

Observation #5: It’s not clear from looking at sfdx-project.json so I’ll have to state it here: The Expense Calculator package in our example doesn’t actually have any direct dependencies on the Apex Library@1.3.0.1 package.

If that’s the case, why do we need to explicitly list Apex Library@1.3.0.1 as a dependency of Expense Calculator?

The reason is that Second-generation packages must declare all package dependencies, even indirect ones. When you run force:package:version:create the 2GP Build System needs to know the complete list of packages to install in the behind-the-scenes Build Org where your package is validated.

When the build org is created, each package dependency defined by the package being built will be installed in the same order in which they are defined. That’s why Apex Library@1.3.0.1 is the first dependency listed for the Expense Calculator package. It must be installed first because the package that Expense Calculator actually depends on, Accounting Library, would fail on installation in the Build Org if Apex Library@1.3.0.1 wasn’t already there.

Final Observations: There is a lot for a developer to keep track of when it comes to package dependencies in 2GP. Knowing the responsibilities upfront can help avoid problems.

PART TWO: How to Get the LMA to “see” a Second-Generation Managed Package

Connecting a second-generation managed package to an LMA is a relatively straightforward, two-step process…once you know how to do it. To make the first time easier, I’ll walk through the process visually.

STEP ONE: Connect the Publishing Console to Your Dev Hub

This step assumes that your company has already joined the partner community and the Salesforce AppExchange Partner Program. If you haven’t done this yet, please see the Connect with the Salesforce Partner Community unit on Trailhead for details on how to proceed. 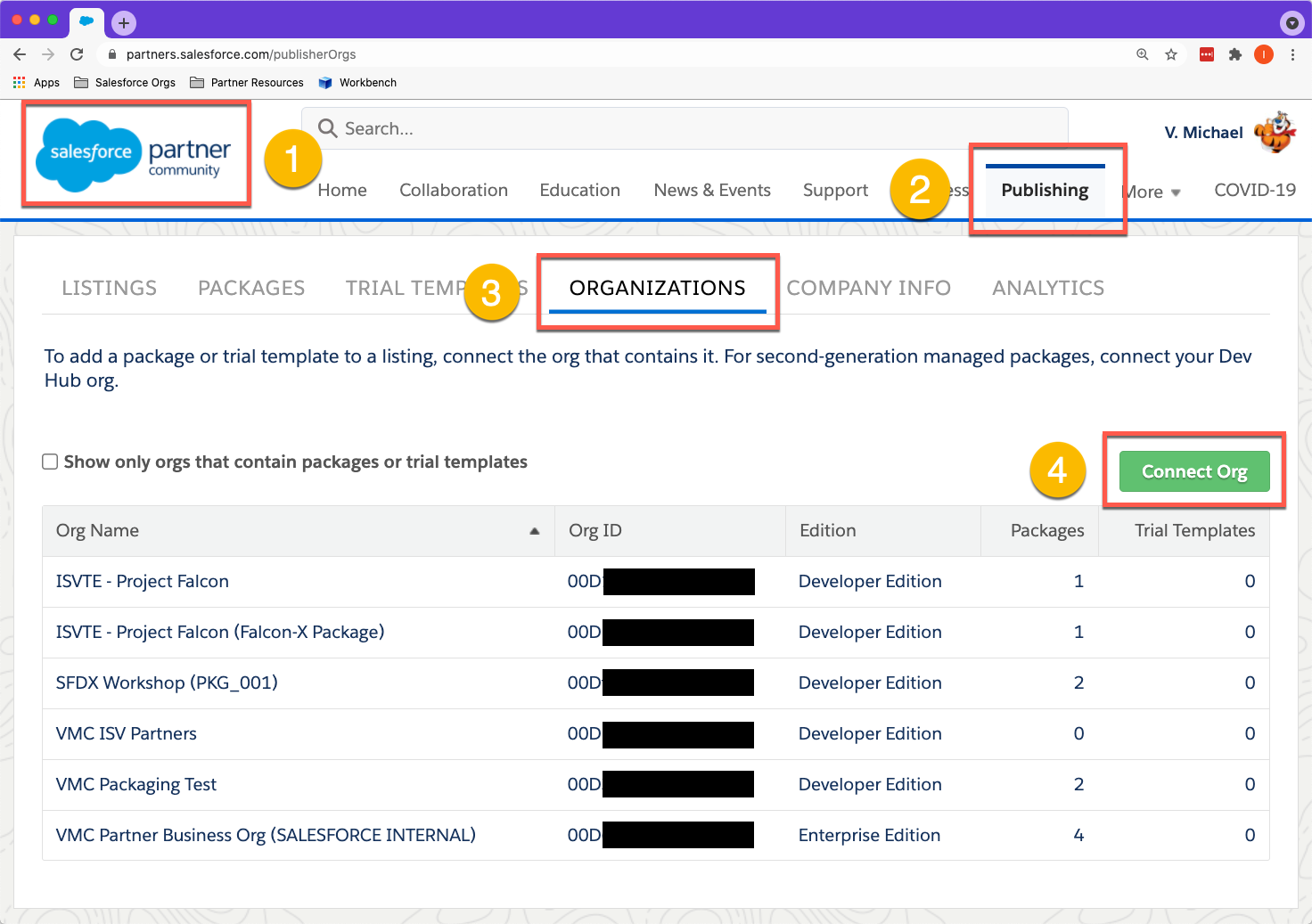 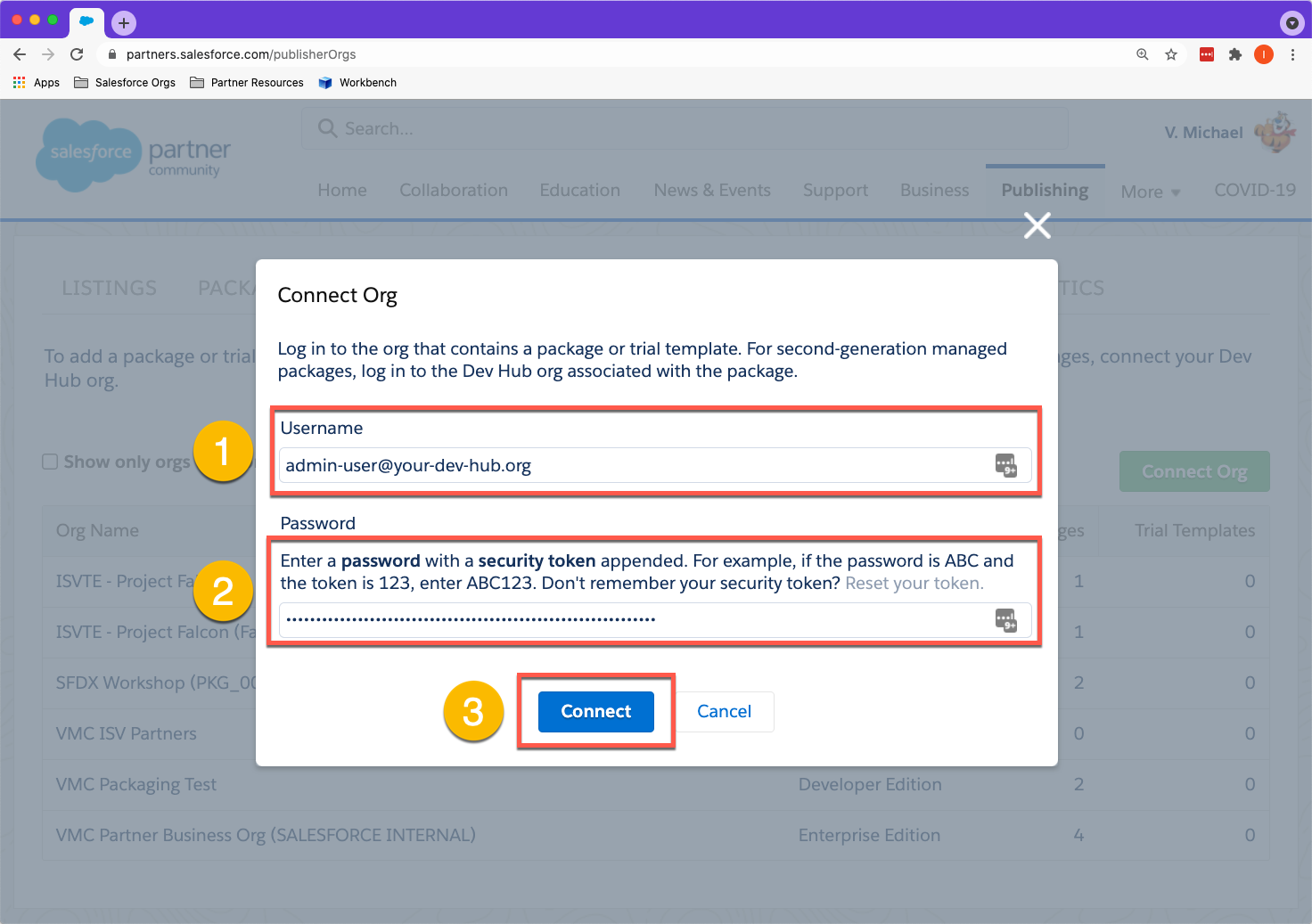 STEP TWO: Register Your Second-Generation Package with Your LMA 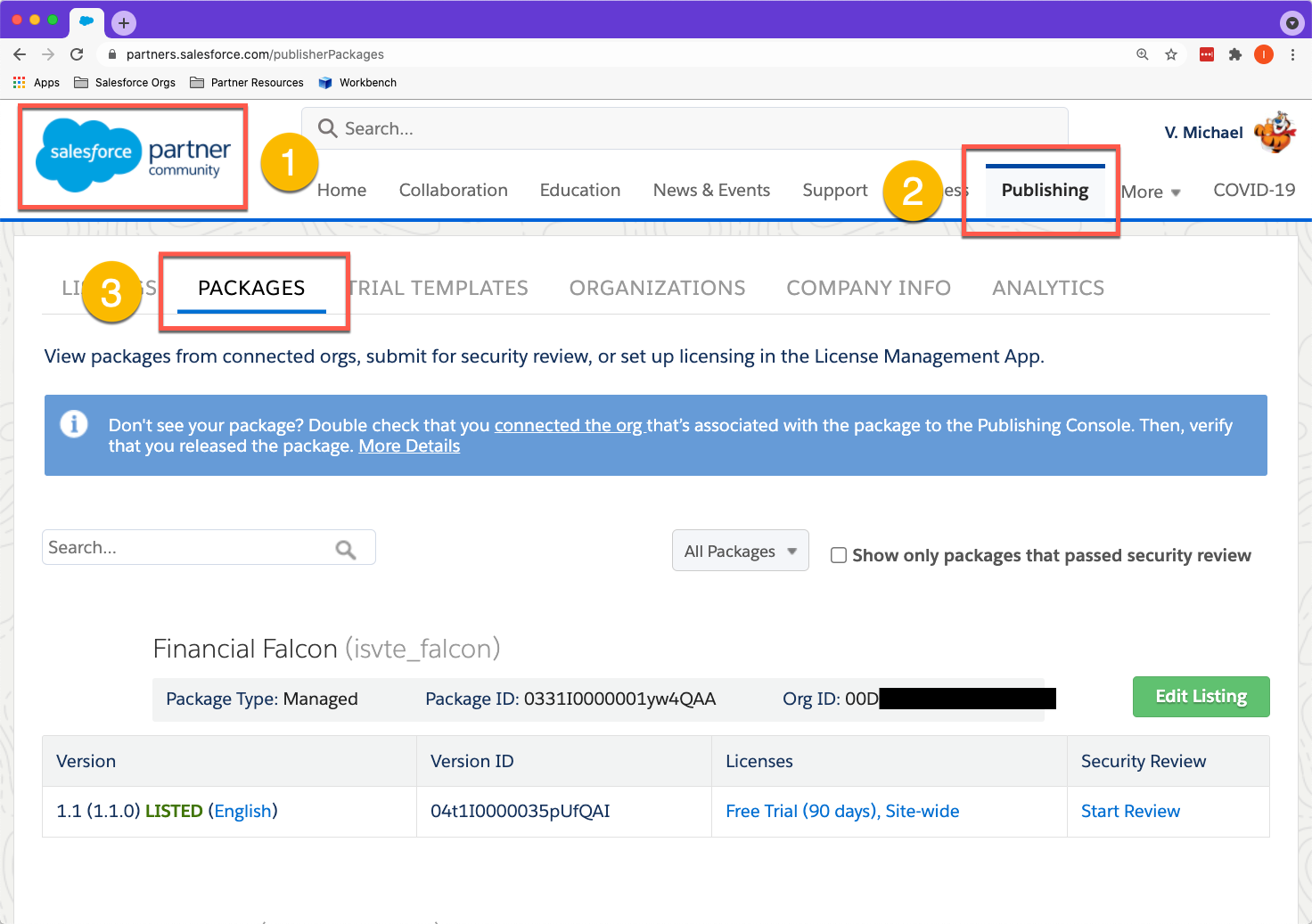 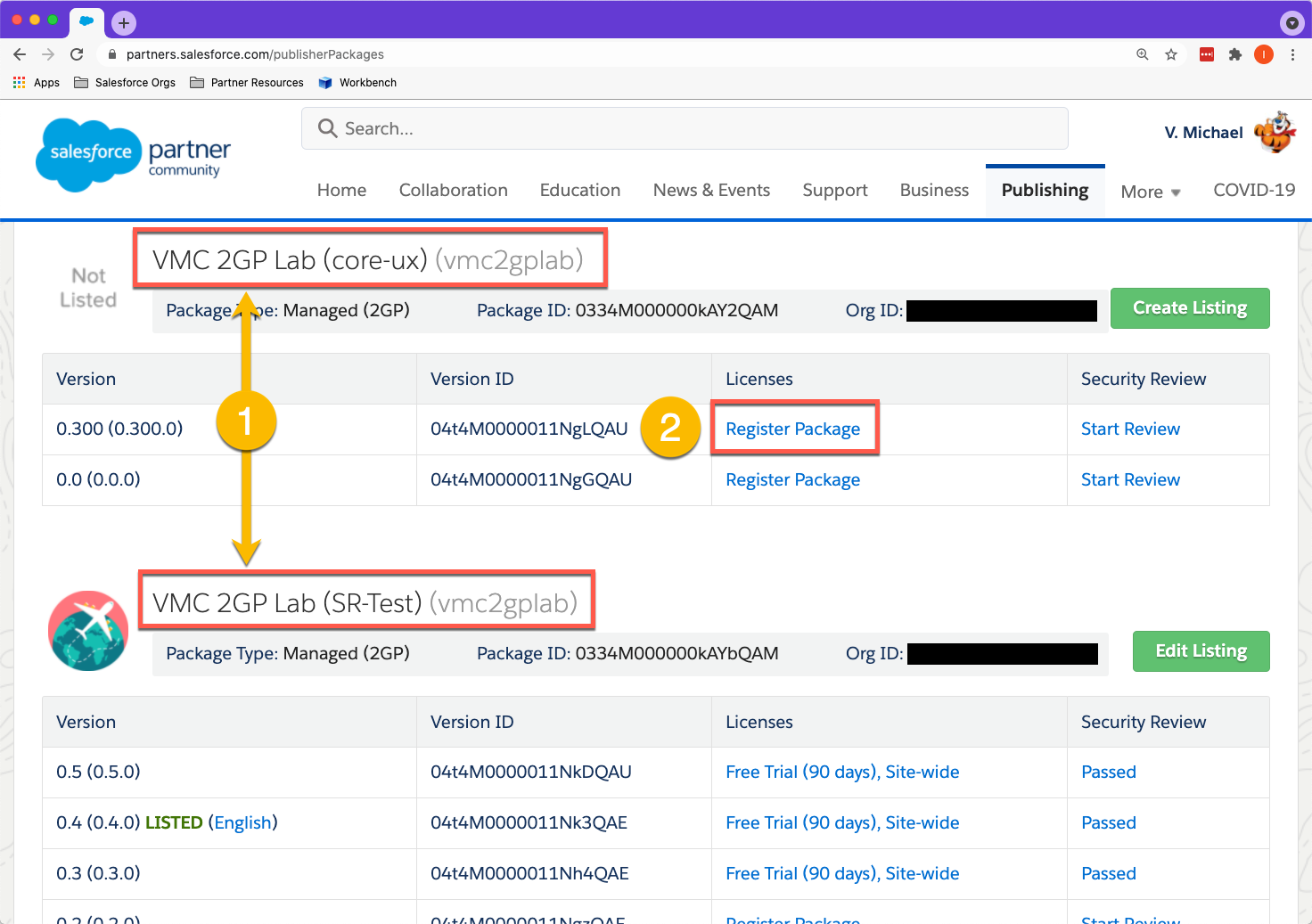 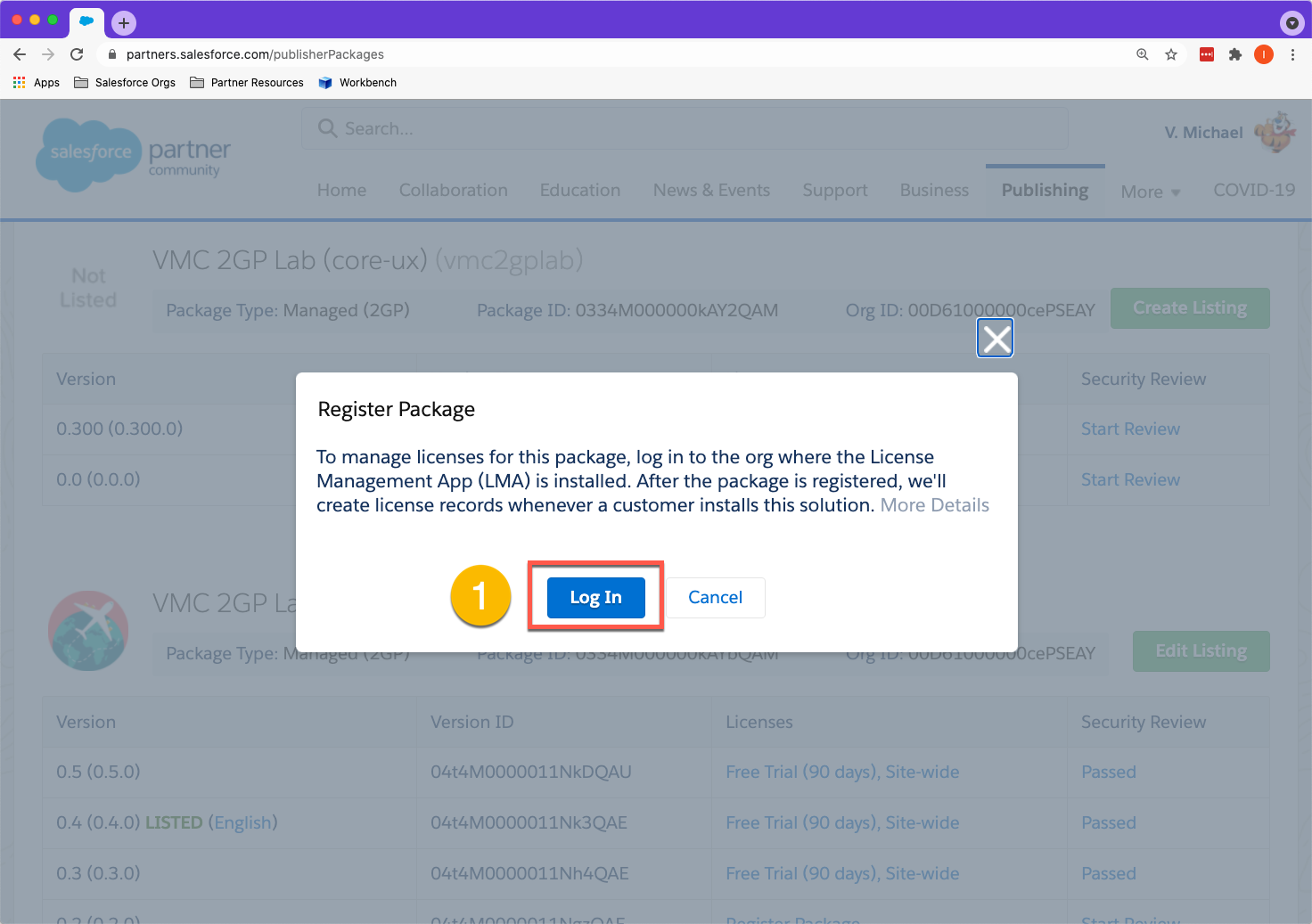 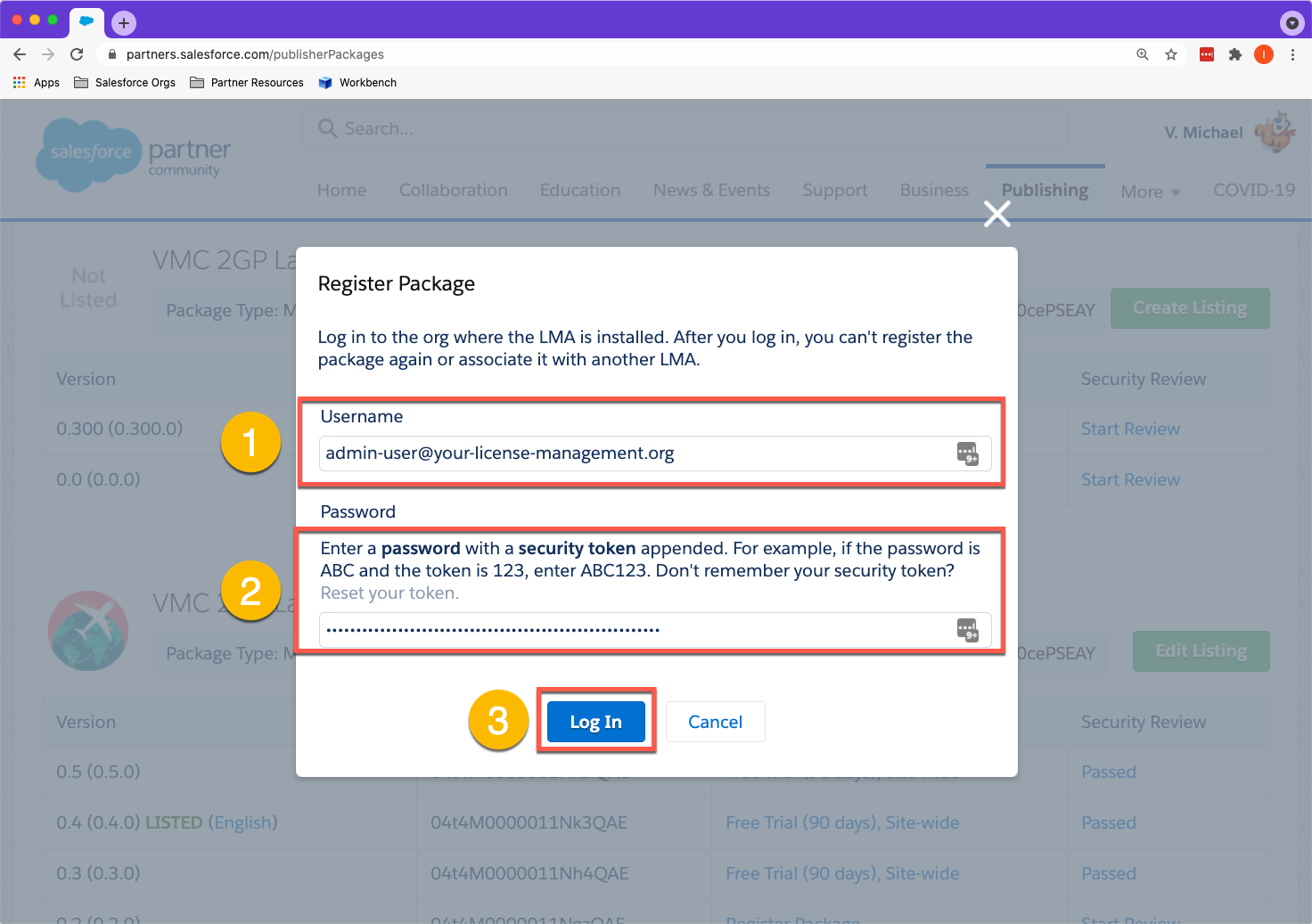 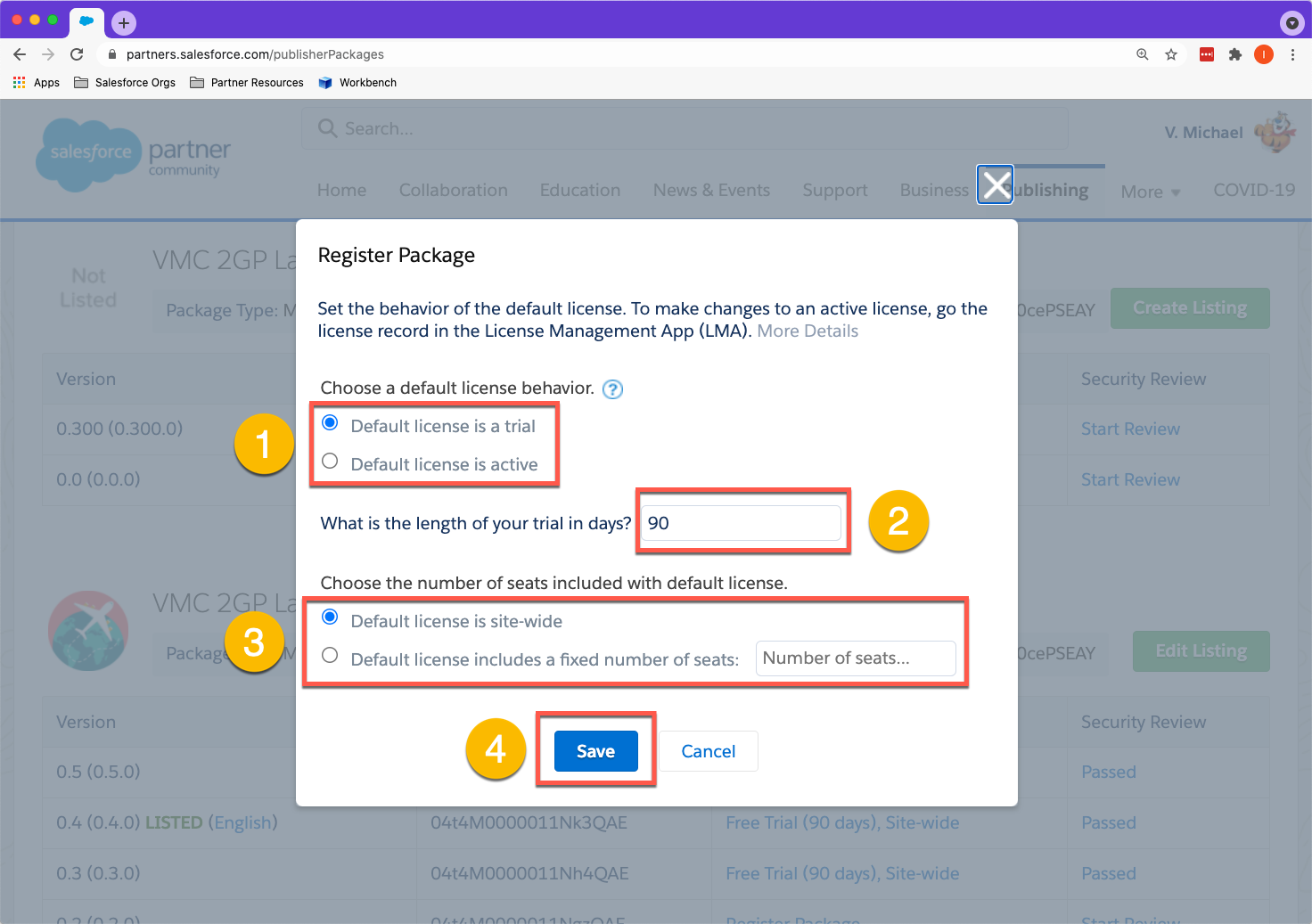 Key Considerations When Using the LMA with Second-Generation Packages

Documentation and enablement material for packaging, in general, can be found in many places. The Salesforce ISV Platform Expert Team aggregates 2GP specific enablement content in this Trailmix:

As for enablement resources that are relevant to the topic of 2GP extension packages, Phil W shared some great links in his answer. I’ll share them again here along with some other ones I know of. (Thanks, Phil!)

Finally, there’s this super long article-disguised-as-StackExchange-answer which is (hopefully) a nice enablement resource all by itself. 🙂