I would like to forecast the non-stationary time series, involving several crucial a-priori assumptions following from studying of instances of such series.

At first, Box-Jenkins identification process led me to ARIMA(0,1,3) model, however

Trying to fit different ARIMA(p,0,0) models, I see that there is significant residual correlations close to the lag p for every p. It may assume that I need ARIMA(∞,0,q) model (as limiting choice), for instance fractional ARIMA.

From [1] I've learned about Fractional ARIMA(p,d,q) models which are ARIMA(∞,0,q) in effect.

Update: to render my own progress and to answer @IrishStat

Lists 2 and 3 also have been updated.

My data is available as dat file here.

At the current moment, I doubt between FARIMA and level shifts, and I still can't find appropriate software to check this options. This is also my first experience with model identification, so any help will be appreciated.

I have never seen a model like Box-Jenkins identification process led me to ARIMA(0,1,3) model BUT i had never seen a black swan until I went to Australia. Please post your data as it may suggest the need for

If your data is confidential, simply scale it.

OK having received your data (some 80000 readings), I selected 805 observations starting at point 6287 and obtained. 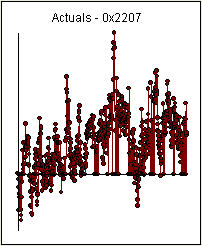 . A significant change point was detected at period 137 suggesting time-varying parameters. The remaining 668 observations suggest a pdq ARIMA Model (3,0,0) with a level.step shift supporting your preliminary conclusions about lag 3. 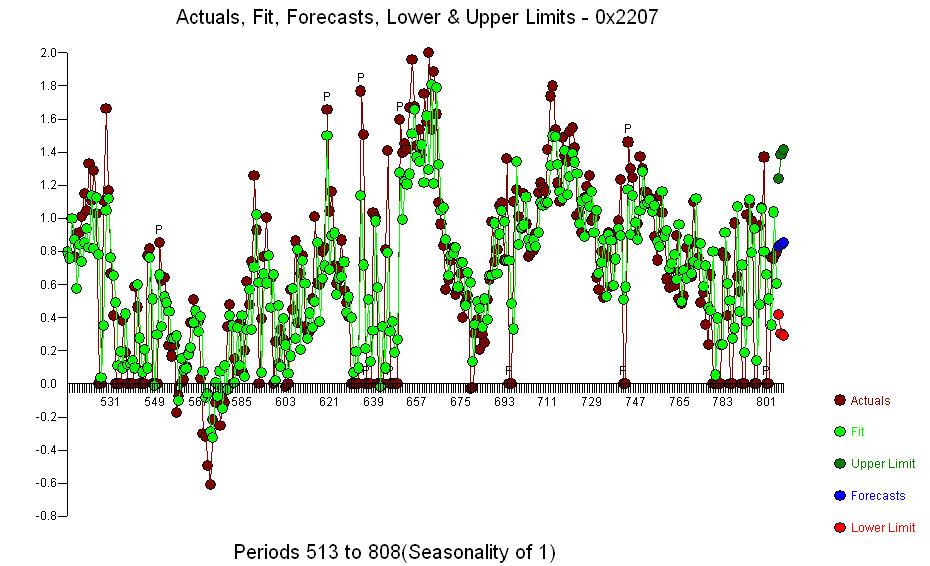 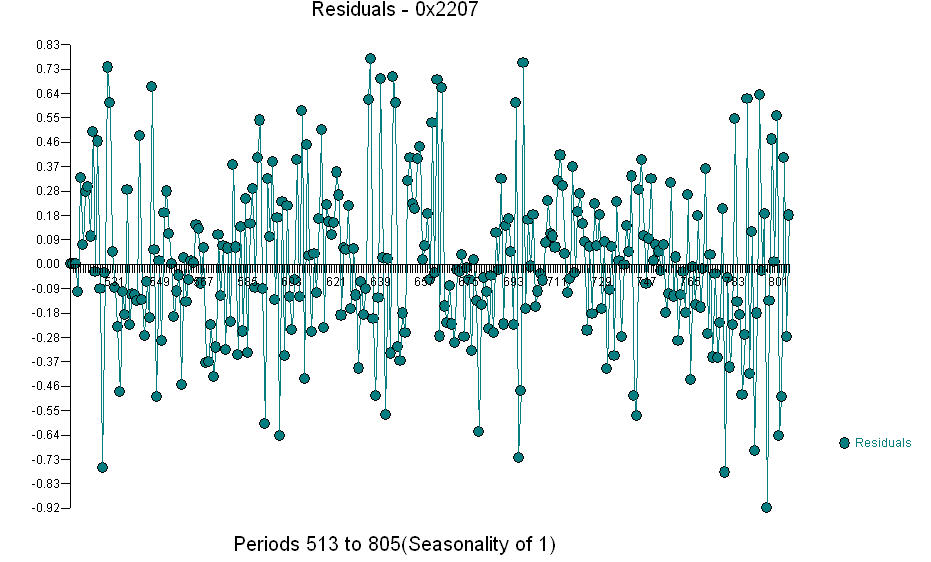 and the acf of the residuals is 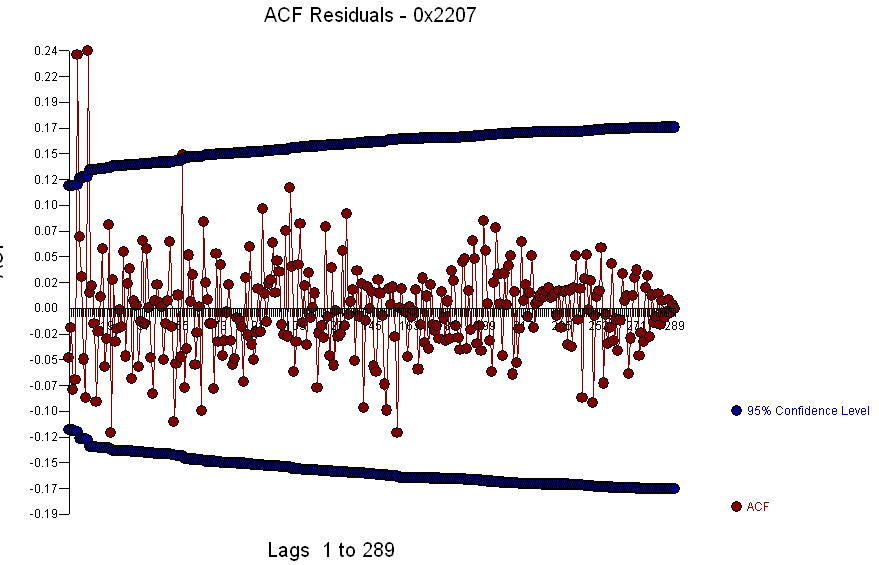 . Since the acf of the residuals shows strong structure at periods 5 and 10 ,

you might further investigate seasonal structure at lag 5. I hope this helps.