This question already has answers here:
Simulate a uniform distribution on a disc

CDF and PDF of radius of a unit disk

Then I look at my sample space and it looks like this: 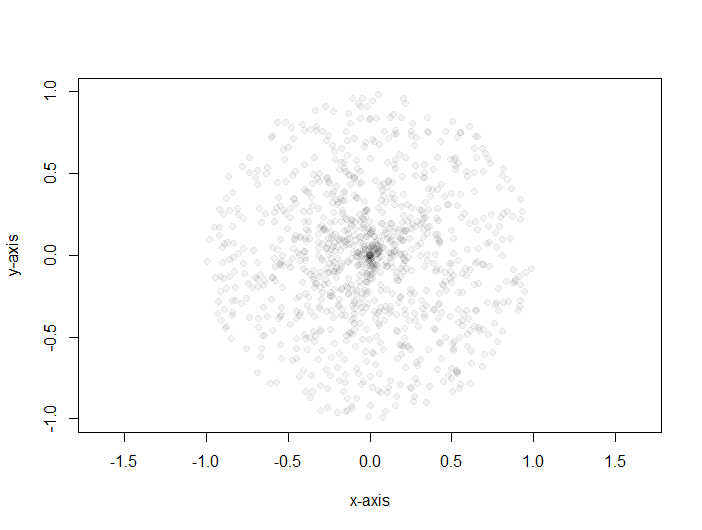 This obviously doesn’t look like a sample with uniform distribution over the disk. Hence, I guessed that the problem might be occurring as a result of a lack of independence between the variables r and \alpha in contingency to how they’ve been linked computationally.

To take care of that I wrote a new code.

And, yet again the sample looks non-uniformly distributed over the disk 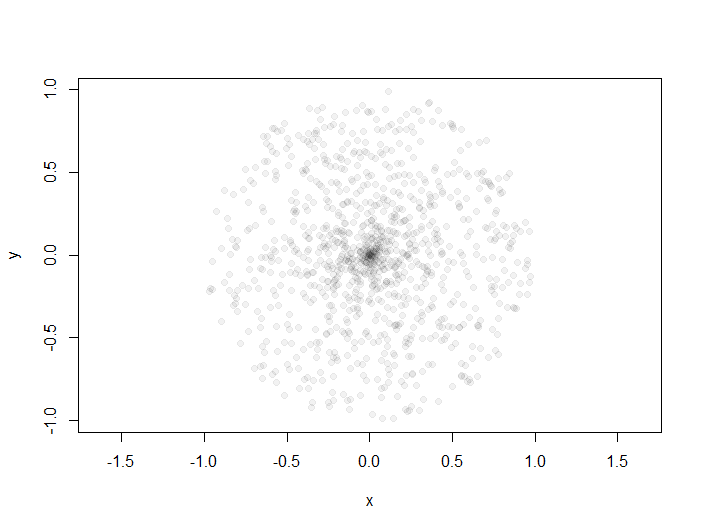 I’m starting to suspect that there is a deeper mathematical problem going on in the vicinity. Could someone help me write code that would create a sample space uniformly distributed over the disk, or explain the mathematical fallacy if any in my reasoning?

where the radius is simulated by the inverse cdf representation, which makes it the square root of a Uniform variate, the random repartition of the 10³ simulated points is compatible with a uniform: 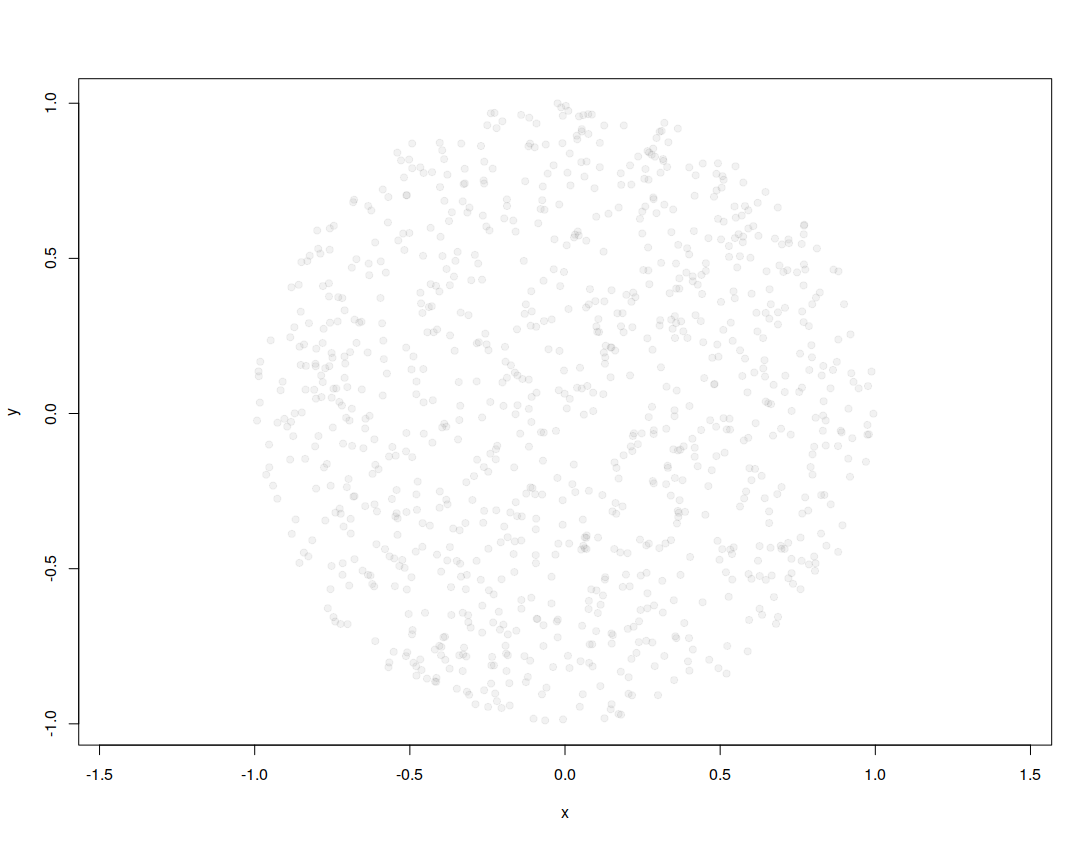