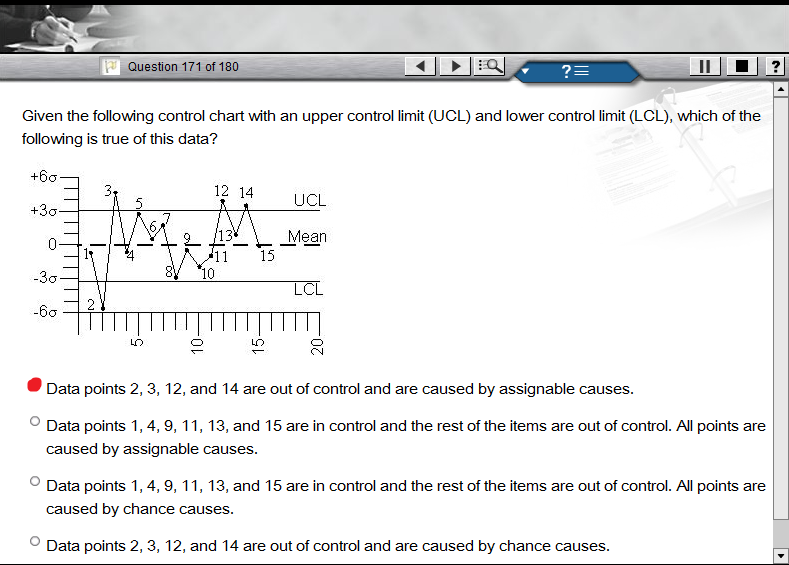 How do I know if points 2, 3, 12, and 14 are out of control caused by chance causes or caused by assignable causes?

Yes, you should find and assignable cause for every point that’s outside the limits. But things are a little more complicated.

Besides falling outside the control limits, there are other potential reasons for needing to look for assignable causes for certain observations. For example, if you have several observations in a row falling on the same side of the mean — especially if they’re near the control limit — they may need to assigned a special cause.

If you want to learn more about control charts, SPC Press has a number of useful free resources. You might also want to look at this book: it’s short, concise and very informative.

I assumed we were talking about real-world data, not an exam question. In this case, the correct answer really is the first one: the points outside the control limits are (probably) caused by assignable causes.