I have read at many places that tree is good for uncovering complex dependencies among predictor variables. From Tree models in R:

The recursive structure of CART models is ideal for uncovering complex dependencies among predictor variables. If the effect of, say, soil moisture content depends strongly on soil texture in nonlinear fashion, CART models of species occurrences have a better shot at detecting this than interaction terms in GLMs or even GAMs.

You don’t add interaction terms in the model formula, the nature of the tree structure itself allows for interactions without specifying a variable that is the interaction.

In a tree interactions are formed not by explicit operations on the variables but through the tree structure. Consider this example using the famous Edgar Anderson Iris data set 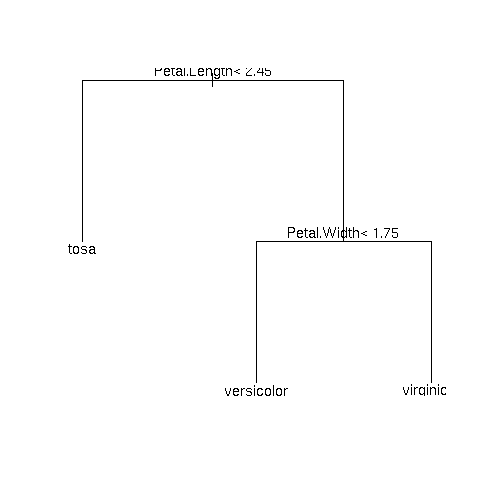 In this simple case, the interaction is local; the variable Petal.Width only has an effect in the model for the subset of data for which Petal.Length is greater than or equal to 2.45. In other words, the interaction only affects observations that end up going down the right hand branch of the tree after the first split.

In contrast, interactions of the sort you specified are global; in a:b the interaction has an effect for any value of a or b.
`