How to measure the shift between two cumulative distribution functions (CDFs)?
Specifically, in the image below, how meaningful is the shaded area?
It is supposed to measure the shift between the green and the red CDF.
On the x-axis, the value of the variable is given in arbitrary units,
while on the y-axis, it’s the cumulative density.
I’m concerned that, given it’s all cumulative, the differences in
the lower left keep contributing to the area further up, so that
there is a much stronger weight on the differences between values that are
leftmost on the x-axis, where cumulation begins.
Am I right? Am I wrong? If so, where is my misunderstanding? 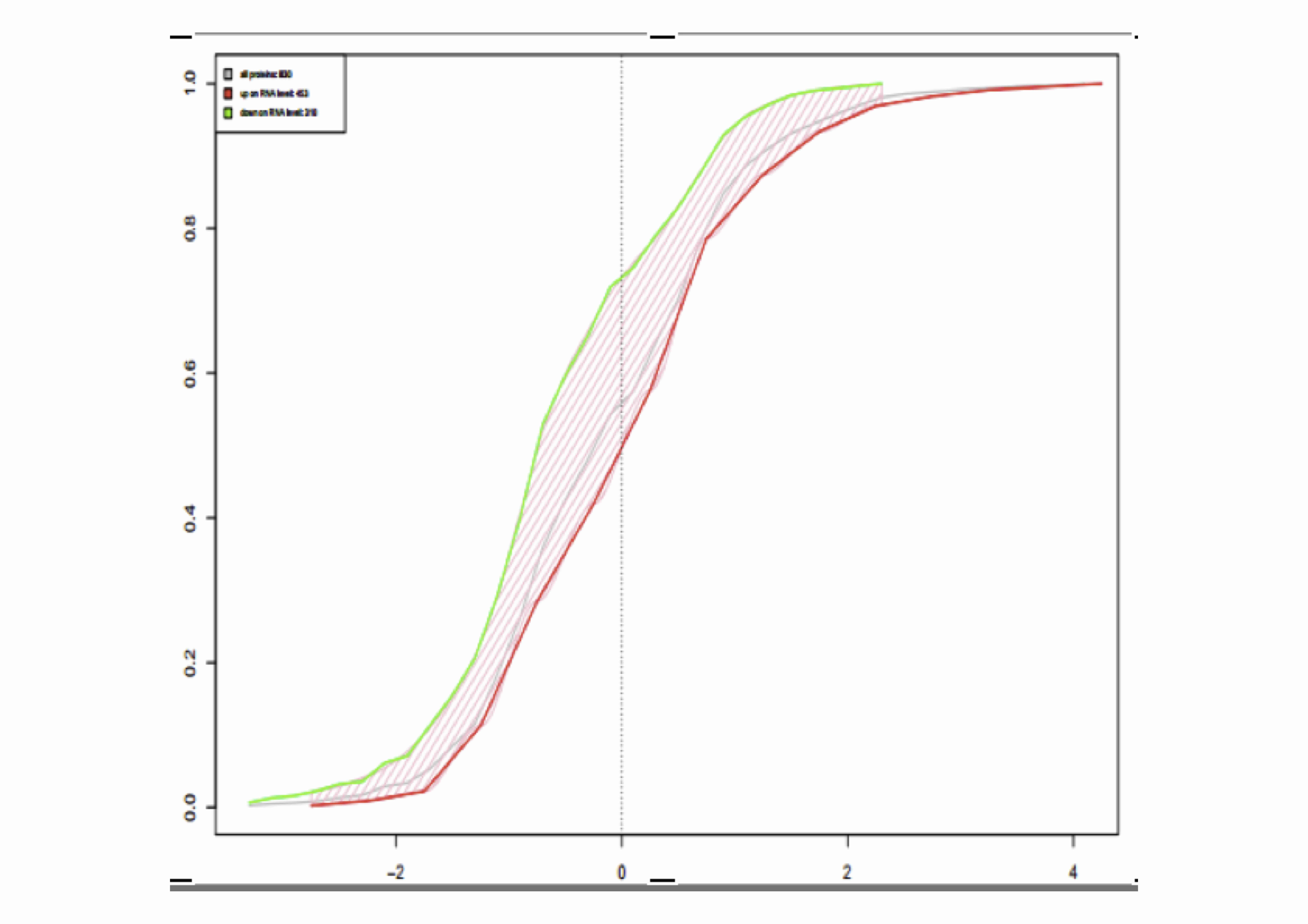 Think about what a CDF represents in terms of probability. Let the variables on the x-axis be referred to as $x$ and y-axis values be referred to as $y$. By definition the cumulative distribution function is showing the probability that a variable is less than or equal to $x$. More specifically, if you look at $x=0$ for each curve the CDF is telling you: $P_{\text{red}}(X \leq 0) \approx 0.5$ and $P_{\text{green}}(X \leq 0) \approx 0.7$.

Your question is a little vague so I will answer it in two parts.

How meaningful is the difference at a particular point?:
Let’s assume $X$ represents the difference in points from an average test score (with a negative value representing below average and positive value representing above average). Let the green curve represent boys and red curve represent girls. Now, $P_{\text{red}}(X \leq 0) \approx 0.5$ and $P_{\text{green}}(X \leq 0) \approx 0.7$ tells us that the probability of a boy scoring below average is higher than the probability of a girl scoring below average. If we look at the CDF as whole (green always above red) this suggests in your sample population, girls score higher than boys. Whether or not this result is statistically significant is yet to be determined.

How meaningful is the difference overall? (edited as a response to @whuber) : This depends on how you use it. For instance, if the green CDF represented the CDF of some reference distribution and the red CDF was an empirical sample distribution, then the point by point vertical differences can be used in a Kolmogorov–Smirnov test for equality between the two distributions. 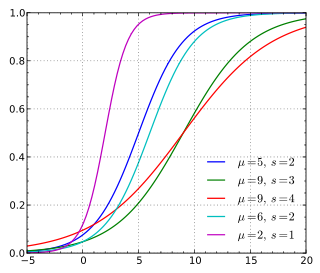 Notice that the red curve in the plot above “leads” (starts from a nonzero value) before the rest of the curves do, but ultimately end up below most of the curves as the x-values approach x=20.