The question is about the 2nd data table from the article Symptom improvement in children with autism spectrum disorder following bumetanide administration is associated with decreased GABA/glutamate ratios, specifically first row — total score.

So the question is: Are results specifically from the first row statistically significant? I have very basic understanding of statistics, but it seems to me that 1 SD is insignificant. Why do they have such a low p-value? Is it an “artifact” because they just multiplied probabilities?

The time × group interaction p-value is calculated using a random effect model and a permutation test, so it is not possible to just plug the numbers from the paper into a calculator and see if they match. Given the supplementary figure 1, which shows the data this test is testing, I wouldn’t be surprised that the p-value is extremely small, you can see that the symptom score for pretty much every control stays the same and the symptom score for every treatment case go down by a constant amount.

Although I think that the p-value is possible, I do not think that clinical data can show such a very regular pattern as shown in the supplementary figure, however, I know nothing about the field and barely even skimmed the paper.

edit
the figure in question: 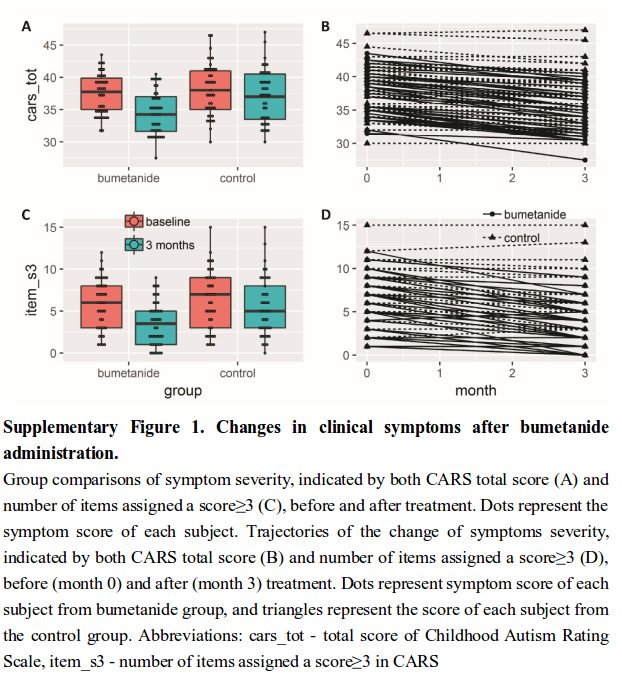