The behavior of the non-axial rays is illustrated on the picture below. Rays (red) falling in direction determined by the vector CD (in circle) reflect from the surface of a parabola (blue), forming an intersection at point J (red dot). The intersection point is obviously out-of original focus (yellow dot A). Tracking the direction vector shows the tracks of an intersection point (red and gray dots), which form a mustache-like pattern originating from A. 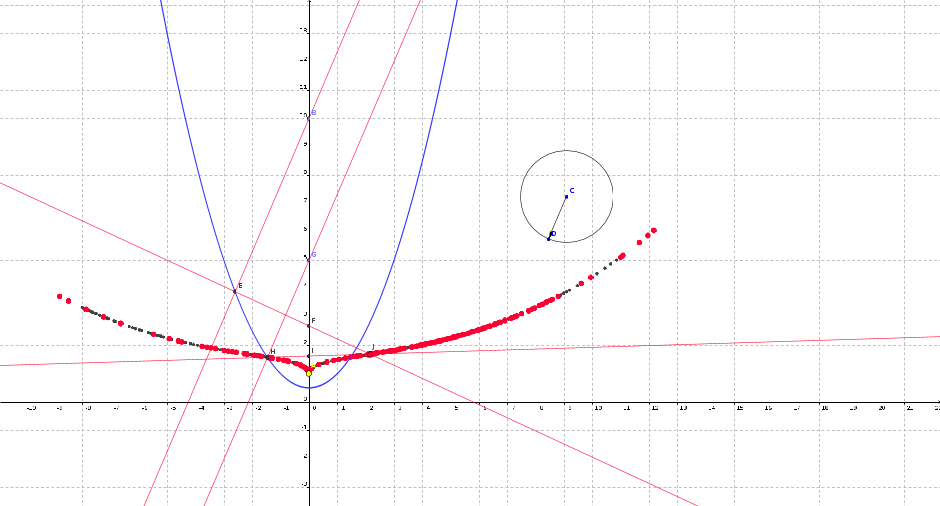 More interesting is the following picture – it shows that parallel rays do not even focus in a single point at all! One pair of rays intersect at J (red), while other pair intersect at N (green). Green and red tracks are different, so rays do not focus. They are smeared along a (probably linear) path consisting J-N. 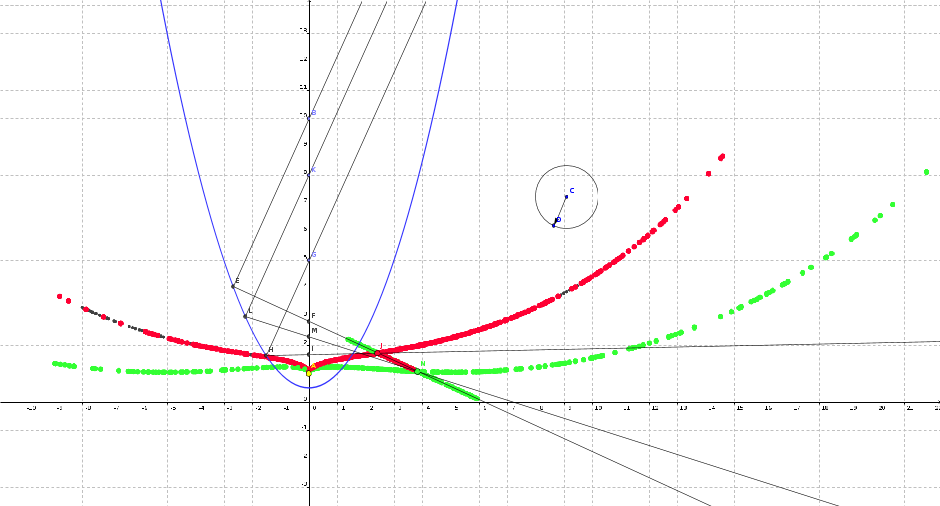