This issue I’ve originally found in Winter 17 seems not fixed in Winter 18 release. However the issue does not affect Report Charts based on Opportunity.StageName – but on Custom Objects it’s perfectly reproducible.

Colors have crucial meanings in processes, e.g. lost- or bad things must be drawn more red alike in contrast to won- or good things which are expected to take shades of green. There is practically no room for discussion with users and clients on this point. There is a high risk of bad business decisions made on wrong colors in charts, because the information can be misleading and the processes become error prone.

I have defined custom colors for pick-list values like this 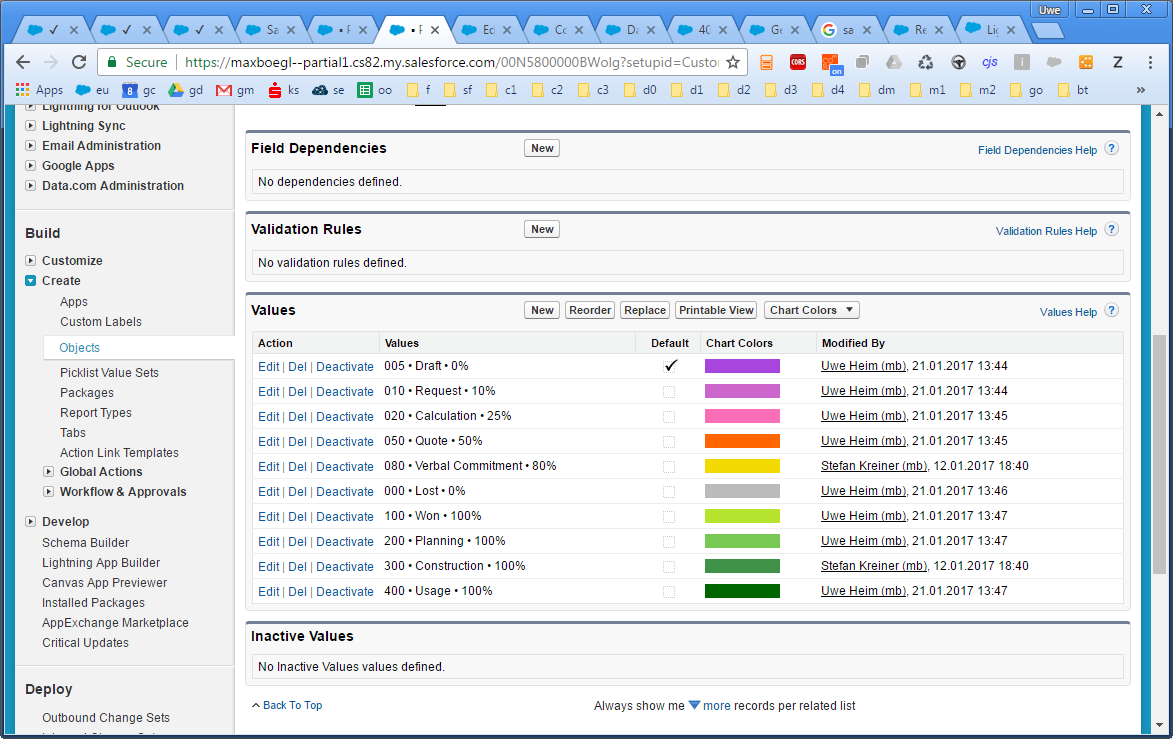 Hint: In this particular example I have to use gray for “Lost” an need a gradient from pink to green on the status progression. But my issue is of general nature.

Now in Aloha the chart is taking these colors perfectly as expected and shown here: 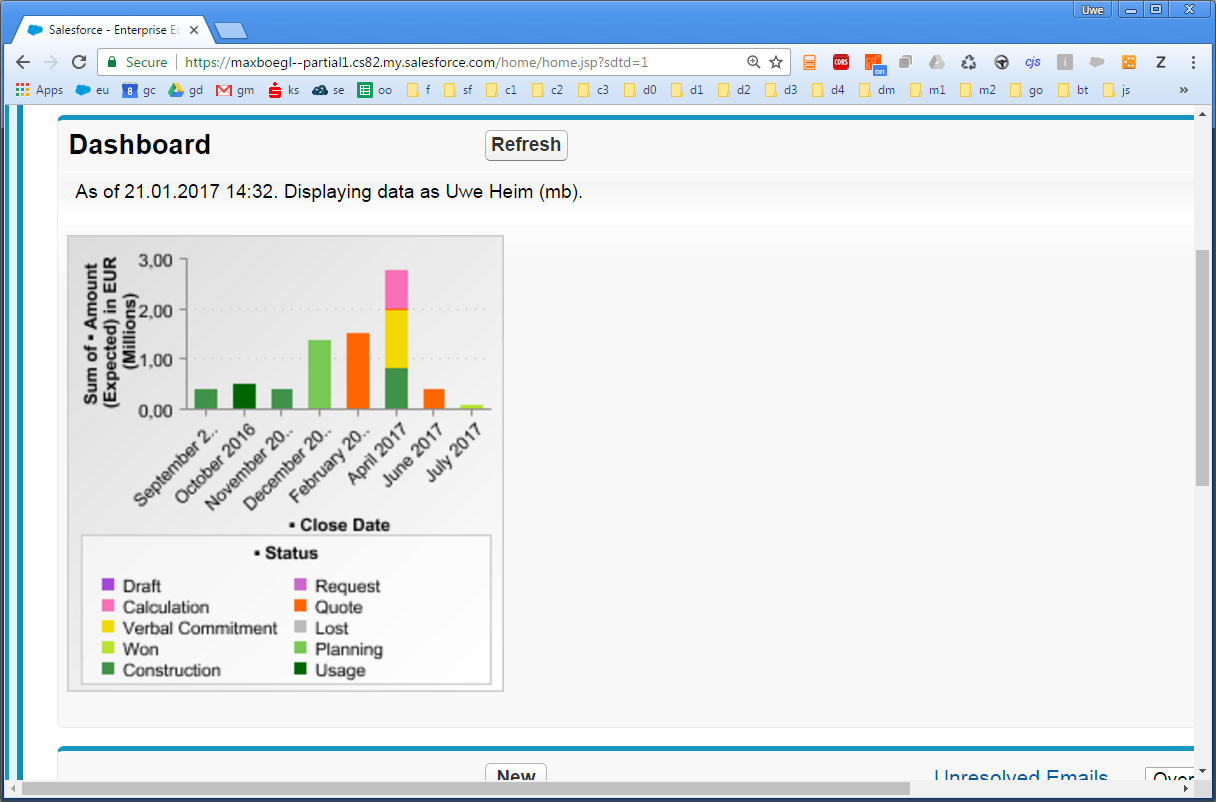 But now in lightning I’ve tried the same by putting the exact same report as Report Charts on the homepage. Unfortunately, this component ignores the color setting and draws it’s own automatically assigned colors over my carefully selected manual color definition. It looks like this:

The fact that Lost becomes green is absolutely not acceptable for my use case.

Now I also tried it with Dashboards, but again without luck and the color mess is basically the same: 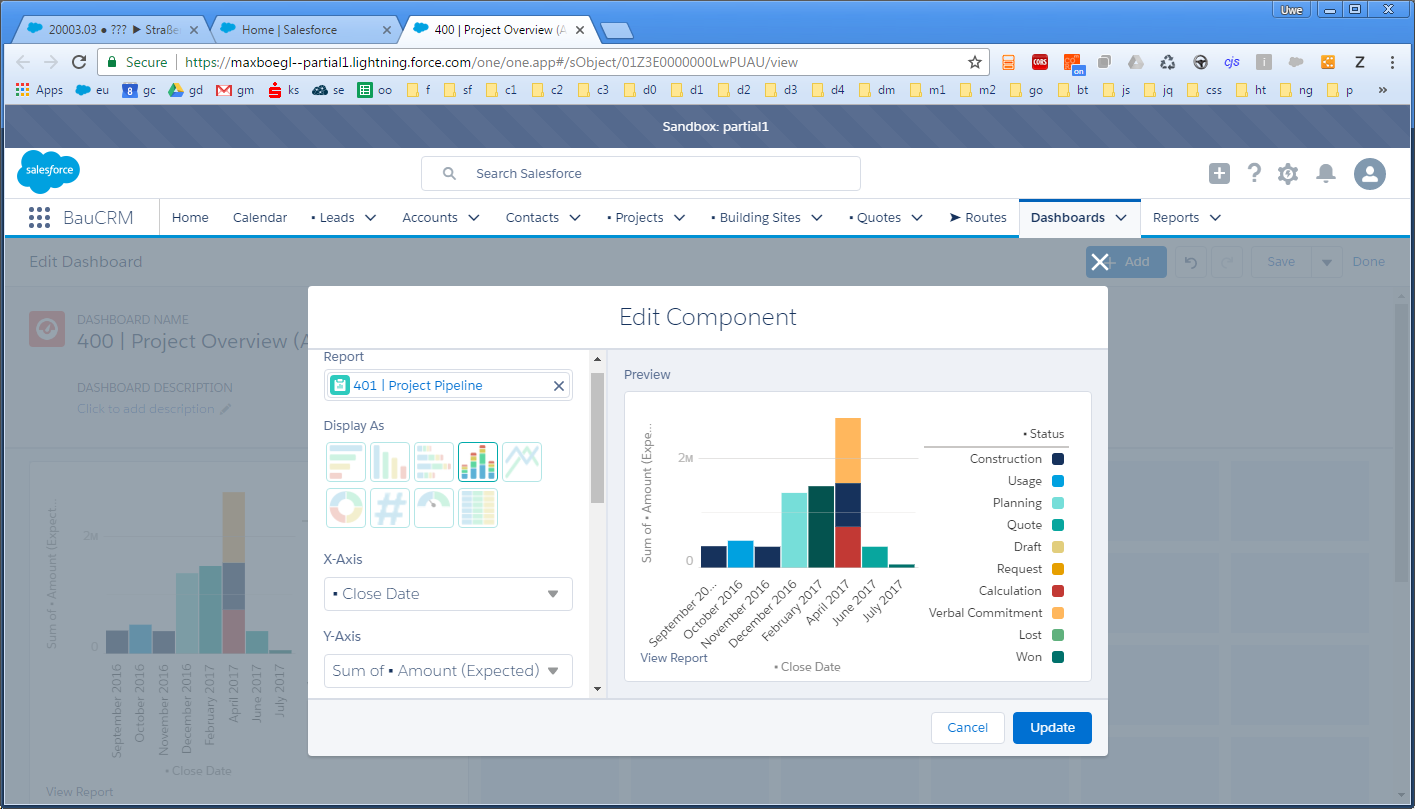 Strangely, if you go to reports and open up the report in LEX, the chart is drawn using the correct color definitions (as expected and as everywhere in Aloha) 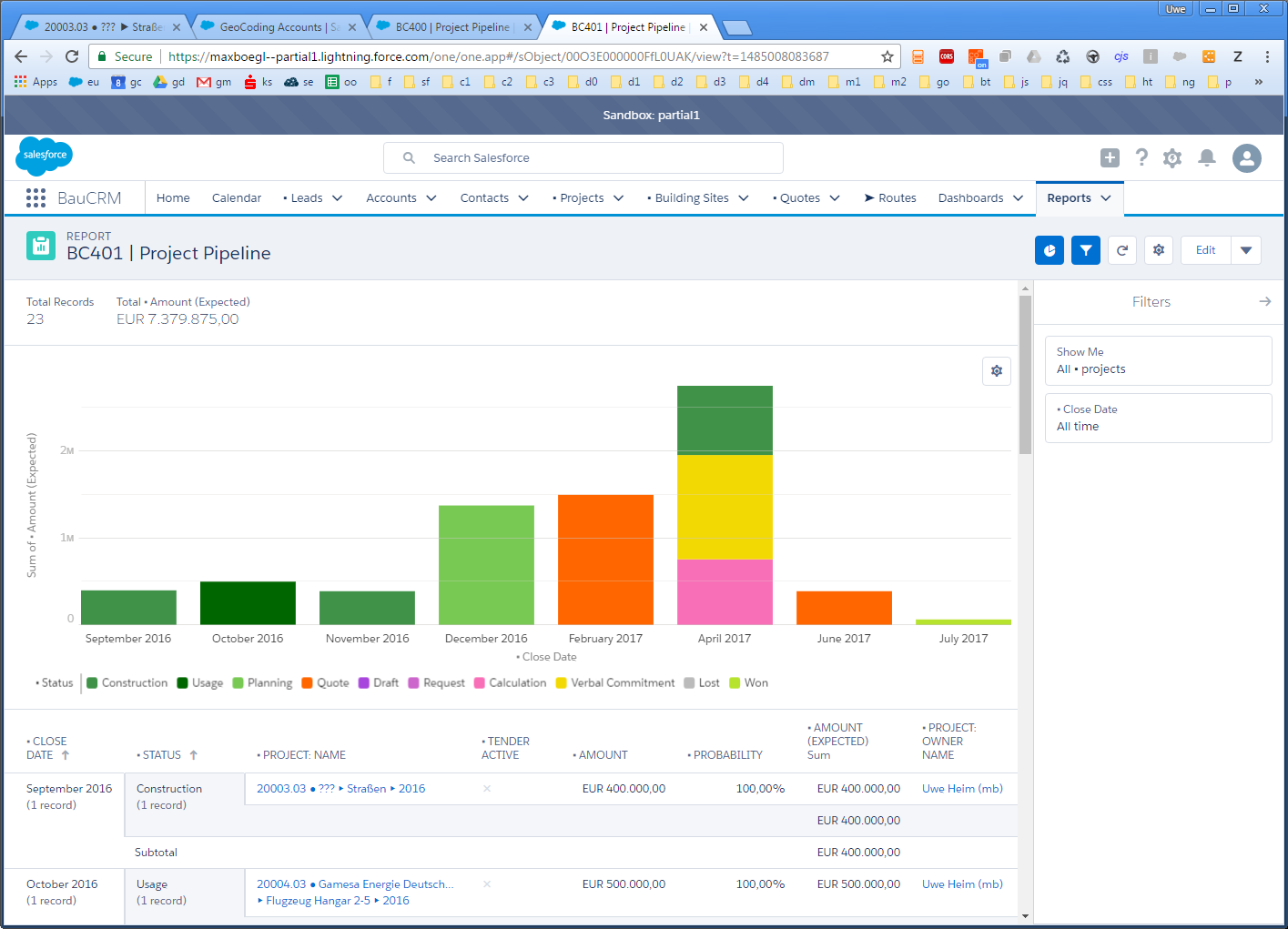 If you use many Report Chart Components on one single Flexipage, the automatic coloring is calculated per each Component separately, which makes the whole situation even worse: on one chart Status=Calculation is rendered brown on another blue and on the last in cyan. This is a total mess-up and no one will make any sense out of it: 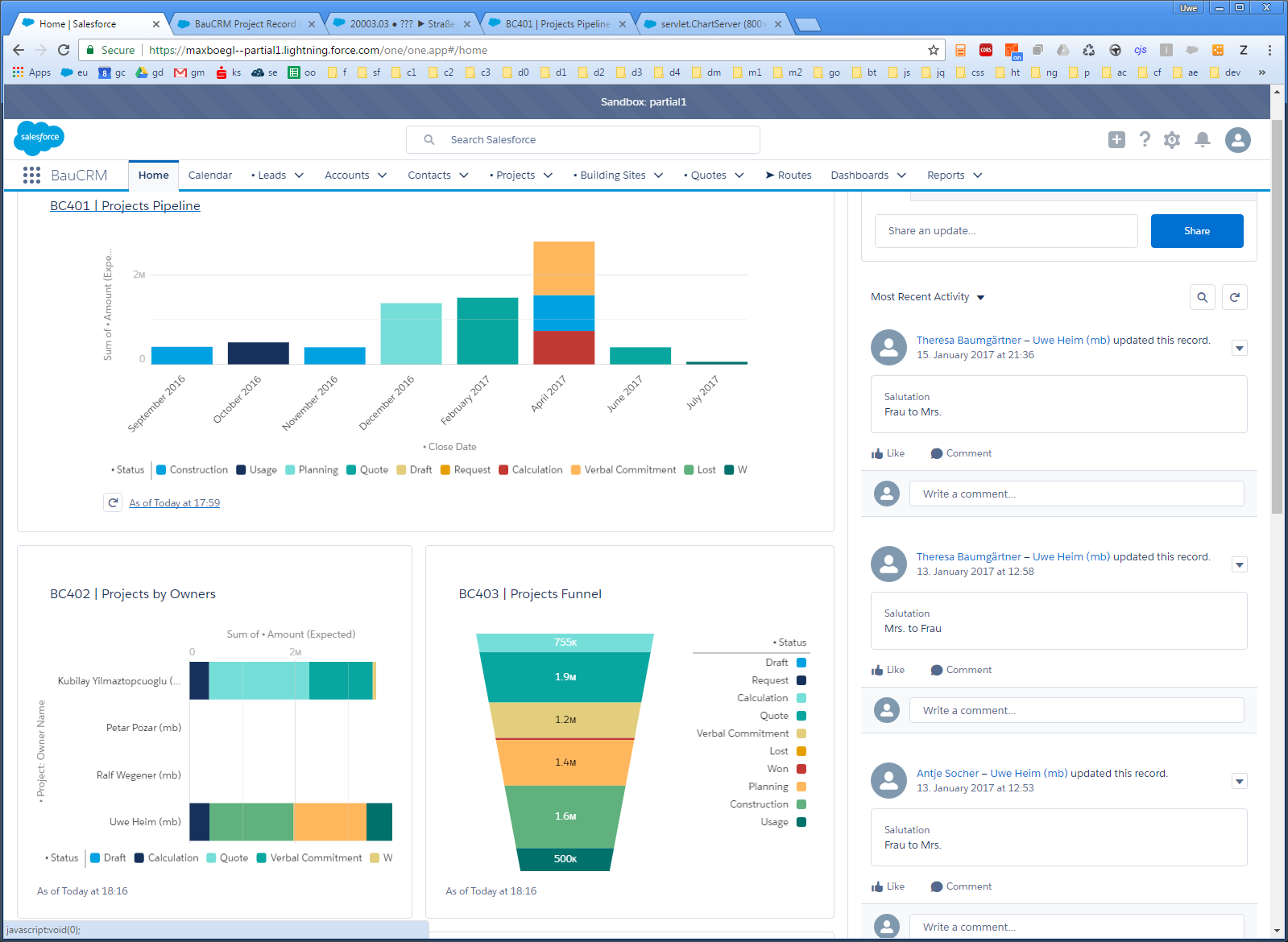 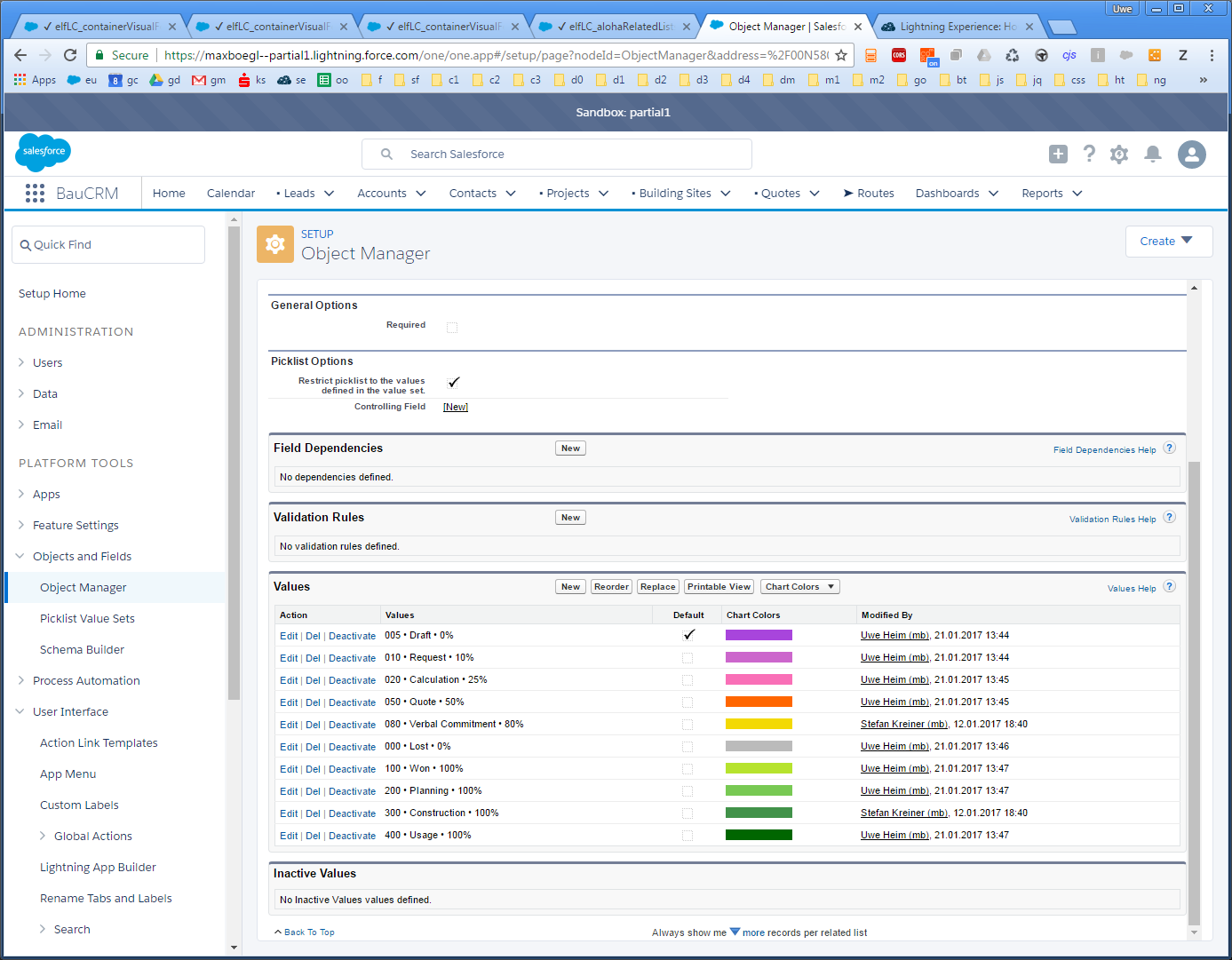 I found that this issue at least does not exist for Standard Opportunity StageName. Report-Charts based on that field, will get their colors perfectly rendered in LEX: 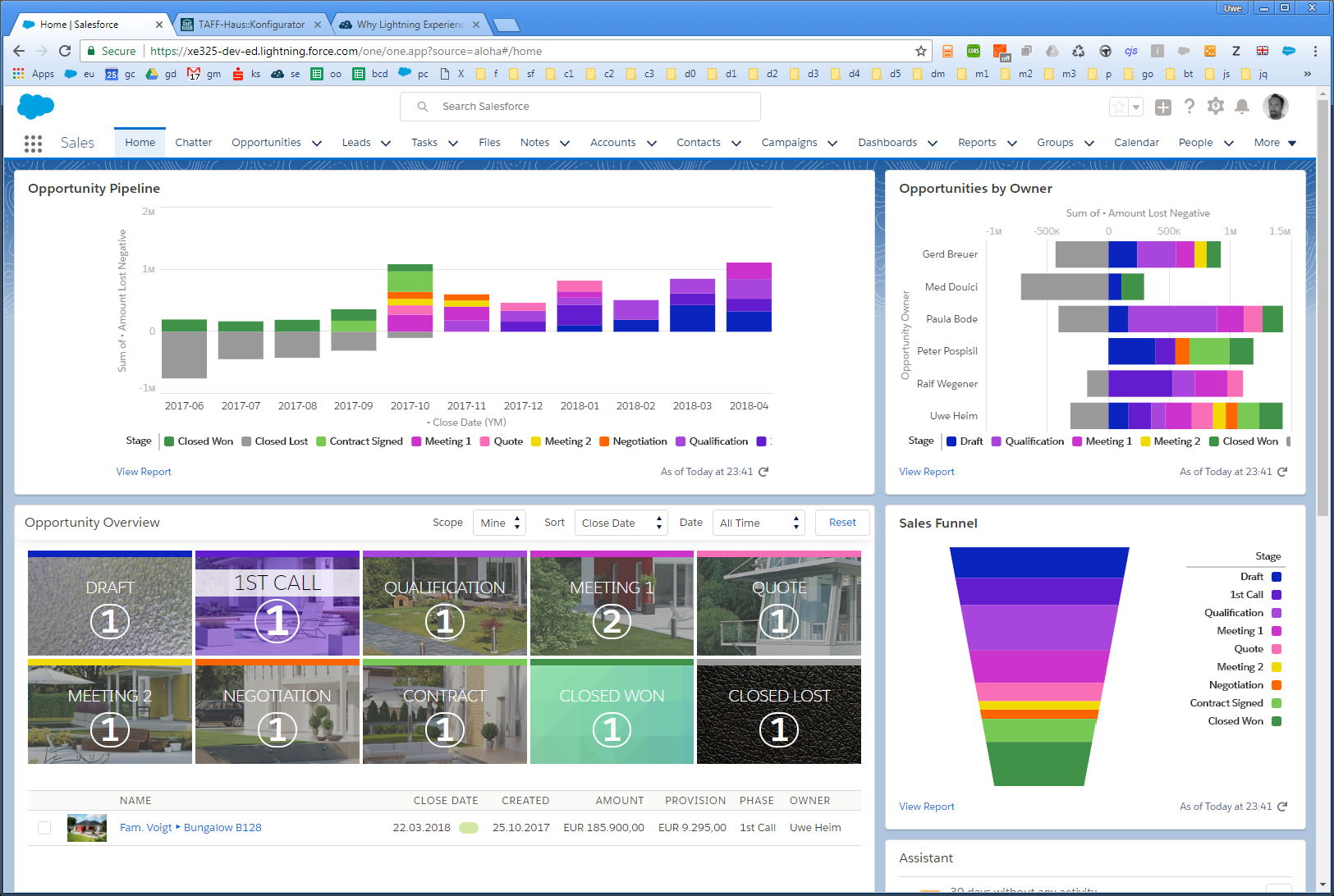 However this seems to be an ongoing flaw on custom objects, possibly on custom picklists on standard objects or other standard fields might be affected, too.

I was very happy to see, that in Spring 18 this issue seems to be resolved by Salesforce. There was no need to change anything on my end – it just works now on any Orgs I’ve checked so far – and looks awesome! 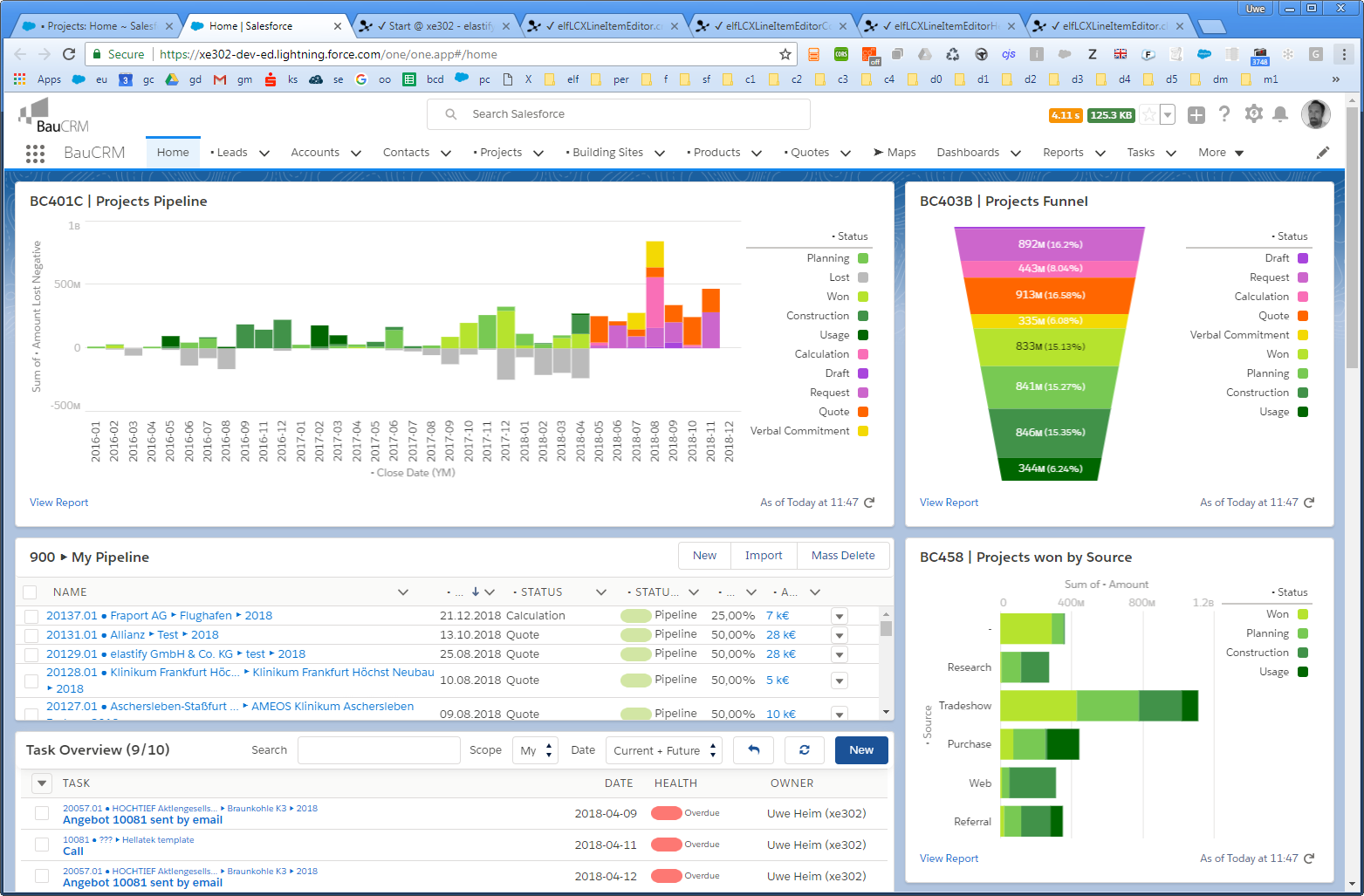 Thanks Salesforce for fixing this!