I’m trying to decide if a component of a PCA shall be retained, or not. There are a gazillion of criteria based on the magnitude of the eigenvalue, described and compared e.g. here or here.

However, in my application I know that the small(est) eigenvalue will be small compared to the large(st) eigenvalue and the criteria based on magnitude would all reject the small(est) one. This is not what I want. What I am interested in: is there any method known that takes the actual corresponding component of the small eigenvalue into account, in the sense: is it really “just” noise as implied in all the textbooks, or is there “something” of potential interest left? If it is really noise, remove it, otherwise keep it, regardless of the magnitude of the eigenvalue.

Is there some kind of established randomness or distribution test for components in PCA that I am unable to find? Or does anyone know of a reason that this would be a silly idea?

Histograms (green) and normal approximations (blue) of components in two use cases: once probably really noise, once probably not “just” noise (yes, the values are small, but probably not random). The largest singular value is ~160 in both cases, the smallest, i.e. this singular value, is 0.0xx – way too small for any of the cut-off methods.

What I’m looking for is a way to formalize this … 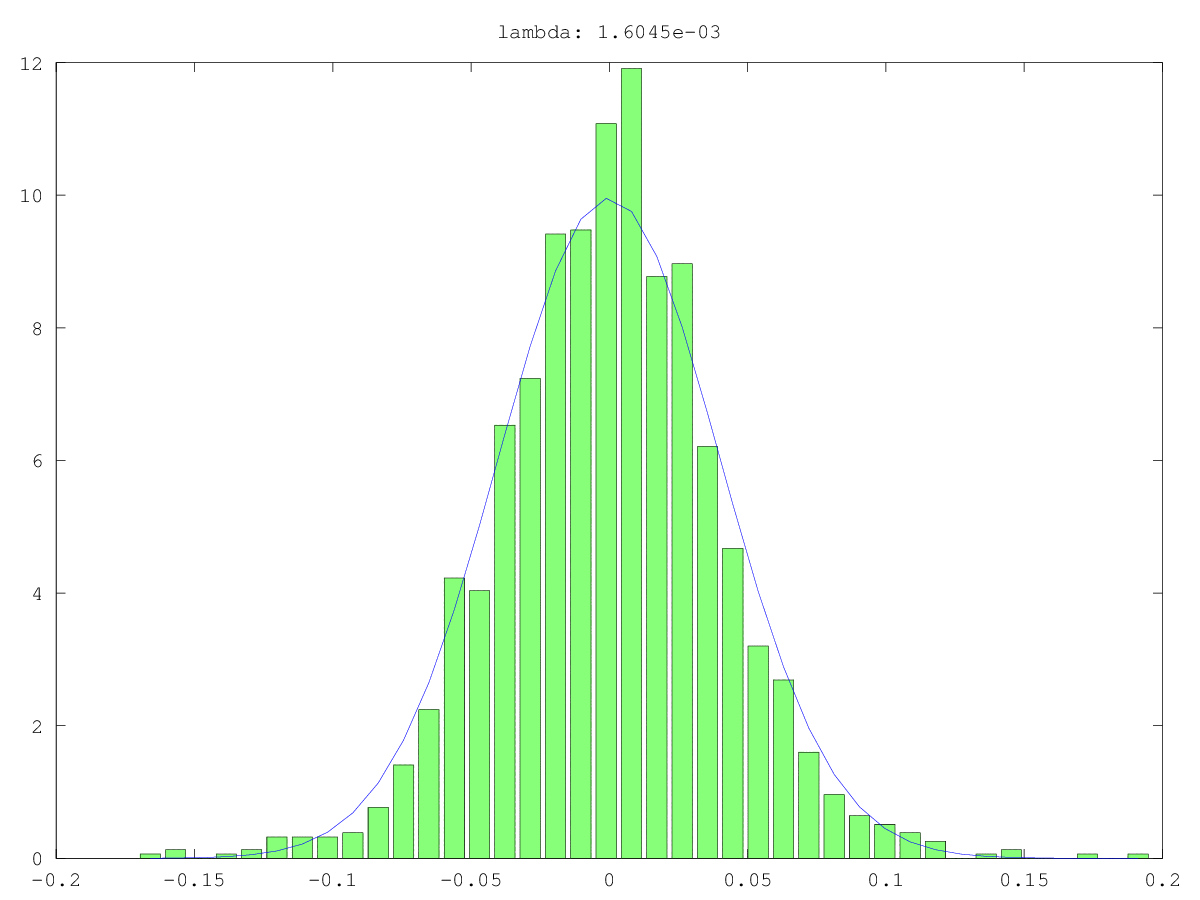 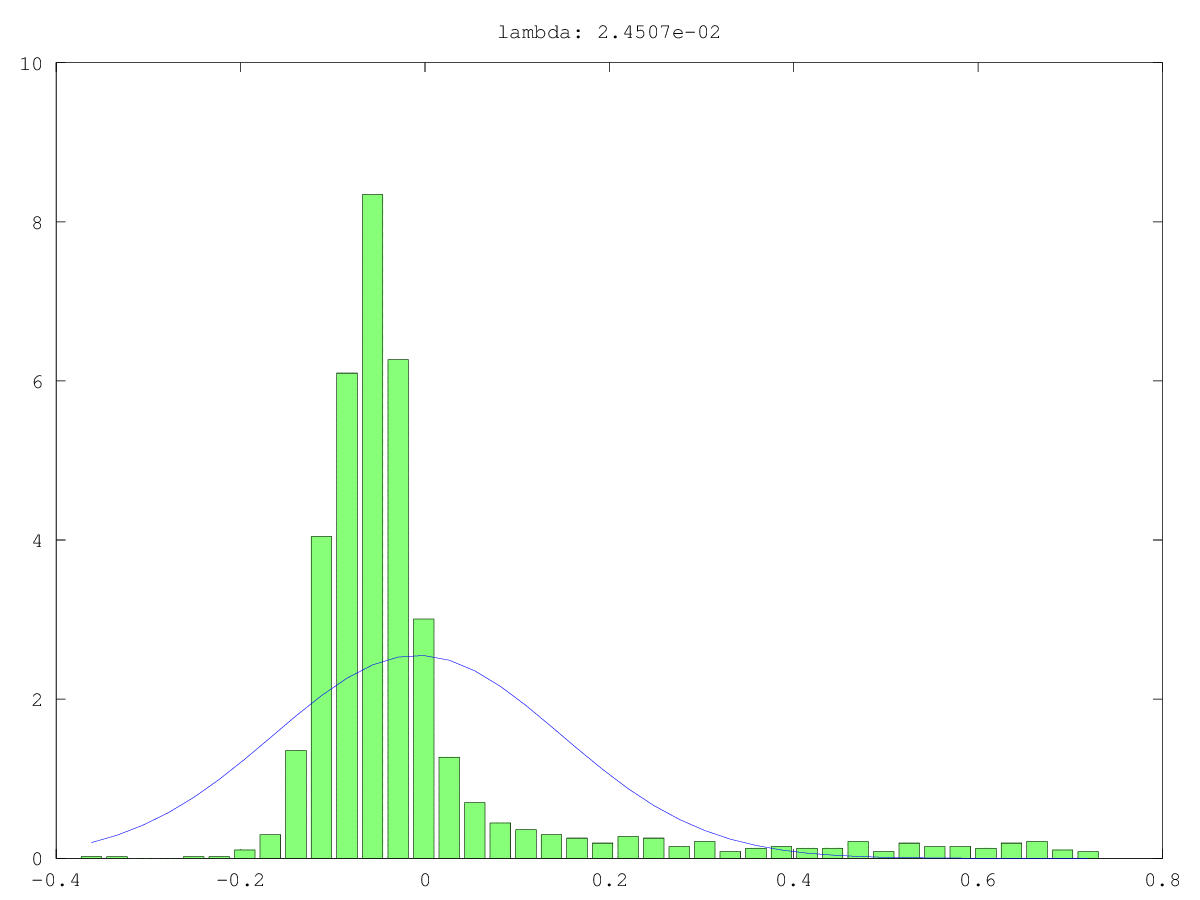 One way of testing the randomness of a small principal component (PC) is to treat it like a signal instead of noise: i.e., try to predict another variable of interest with it. This is essentially principal components regression (PCR).

The PCs in the examples listed above are numbered according to their eigenvalues’ ranked sizes. Jolliffe (1982) describes a cloud model in which the last component contributes most. He concludes:

The above examples have shown that it is not necessary to find obscure or bizarre data in order for the last few principal components to be important in principal component regression. Rather it seems that such examples may be rather common in practice. Hill et al. (1977) give a thorough and useful discussion of strategies for selecting principal components which should have buried forever the idea of selection based solely on size of variance. Unfortunately this does not seem to have happened, and the idea is perhaps more widespread now than 20 years ago.

The basic conclusion of this article is that, in general, the PCs may fail to account for the regression fit. As stated in Theorem 1, it is theoretically possible that the first $(p-1)$ PCs, which can have almost 100% of the variance, contribute nothing to the fit, while the response variable $\text{Y}$ may fit perfectly the last PC which is always ignored by the PCR methodology.

The reason for the failure of the PCR in accounting for the variation of the response variable is that the PCs are chosen based on the PCD [principal components decomposition] which depends only on $\text{X}$. Thus, if PCR is to be used, it should be used with caution and the selection of the PCs to keep should be guided not only by the variance decomposition but also by the contribution of each principal component to the regression sum of squares.

I owe this answer to @Scortchi, who corrected my own misconceptions about PC selection in PCR with some very helpful comments, including: “Jolliffe (2010) reviews other ways of selecting PCs.” This reference may be a good place to look for further ideas.