I have asked this question before in another fashion on other stackexchanges, so sorry for the somewhat repost.

I have asked my professor and a couple of PhD students about, without a definitive answer. I will first state the problem, then my potential solution and the problem with my solution, so sorry for the wall of text.

My way of solving this problem:

Due to independence this can be rewritten as the product of the two elements, where the first element is 1-CDF of the Poisson distribution and the second element is the Poisson pmf: 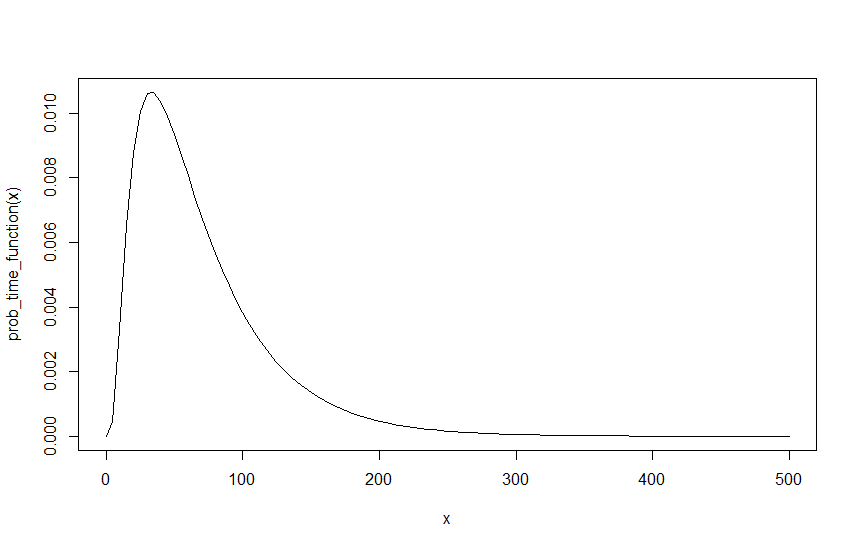 The next step is to find the probability of this happening at any point in time, lets call that Q. My thought is that this is equivalent to finding 1 minus the probability of M never being above R+D. I.e let N approach infinity what is P(R(N)+D≥M(N)) conditional on this also being true for all previous values of N.

As N tends to infinity, this can also be rewritten as the geometrical integral over function g(I). 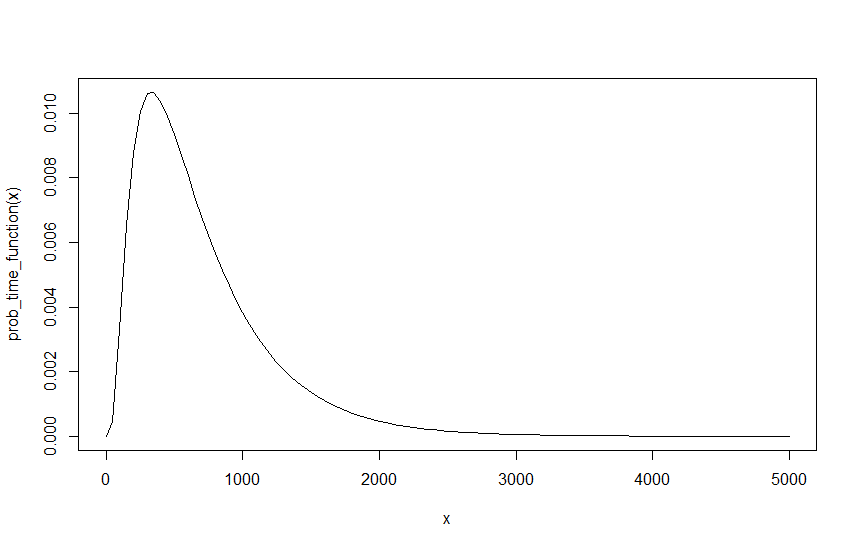 As can be seen the probability does not change, however it now takes ten times as many intervals to get to the same probability. As Q is dependent on the interval of the function this naturally has an implication. This obviously means that something is wrong, as the result should not depend on my starting lambda, especially because there is no starting lambda that is correct 0.04 and 0.06 is as correct as 0.4 and 0.6 or 1 and 1.5 etc, as long as the interval is scaled accordingly. Therefore, while I can easily scale the probability, i.e. going from 0.4 and 0.6 to 0.04 and 0.06 is the same as scaling the probability with a factor of 10. This obviously produce the same result, but as all of these lambdas are equally valid starting points, then this is obviously not correct.

To show this impact I graphed Q as a function of t, where t is a scaling factor of the lambdas, with starting lambdas of λM=0.4 and λR=λM⋅1.5. The output can be seen in the graph below: 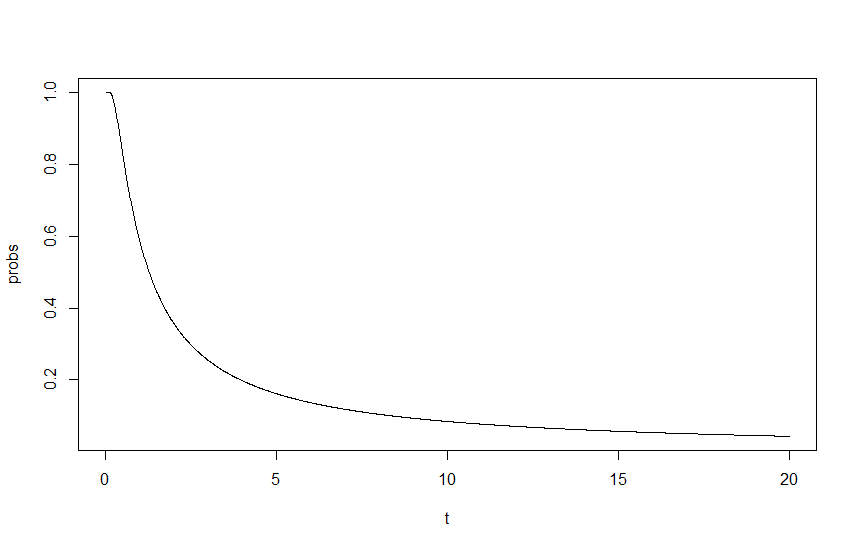 This is where I am stuck, to me the approach looks fine and correct, but the result is obviously wrong. My initial thought is that I am missing a fundamental re-scale somewhere, but I can’t for the life of me figure out where.

Thank you for reading, any and all help is greatly appreciated.

Additionally, if anyone wants my R-code please let me know and I will upload it.

Let the collective times of the processes be T=(0=t0<t1<t2<⋯). Because these are independent Poisson processes, almost surely exactly one of them is observed at each of these times. For i>0, define

This figure shows realizations of R (in red) and M (in medium blue) as “rug plots” at the top. The points plot the values of (ti,W(i)). Each red point represents an increase in the excess R(ti)−M(ti) while each blue point shows a decrease in the excess.

Let λ=λR+λM. This is the rate of the combined processes. W is a Binomial random walk, because

The answer equals the chance that this Binomial random walk W encounters an absorbing barrier at -D-1.

The most elementary way to find this chance observes that

as you can check by plugging this into the foregoing defining equations. Thus,