Let’s have some linear model, for example just simple ANOVA:

Result is as follows:

Thank you very much!

EDIT after an answer:

The answer is exact, this will give exactly the same result as confint(m1)!

Note that, under some regularity conditions, the statistic above is always asymptotically normally distributed, regardless of whether the errors are normal or whether the error variance is known.

Specifically, recall that the confidence interval using the normal distribution is

Below is a plot of the $t$ multipliers for sample sizes ranging from $5$ to $300$ (I’ve assumed $p=1$ for this plot, but that qualitatively changes nothing). The $t$-multipliers are larger, but, as you can see below, they do converge to the $z$ (solid black line) multiplier as the sample size increases. 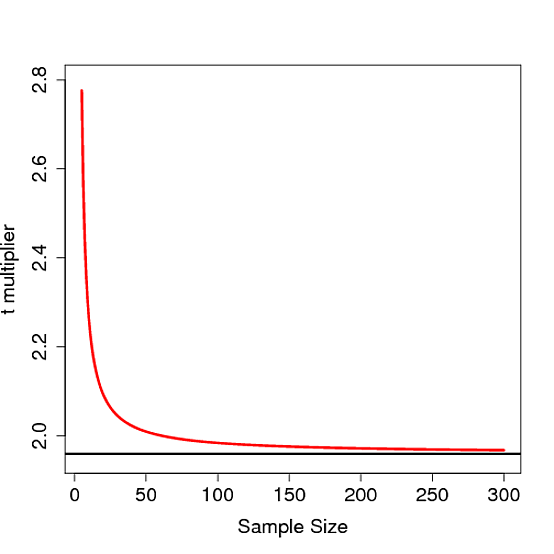