Am I doing something wrong, or is there a logical explanation for this? While adding the tags, stackexchange mentioned “inverse Gaussian distribution” – is this what is happening here? 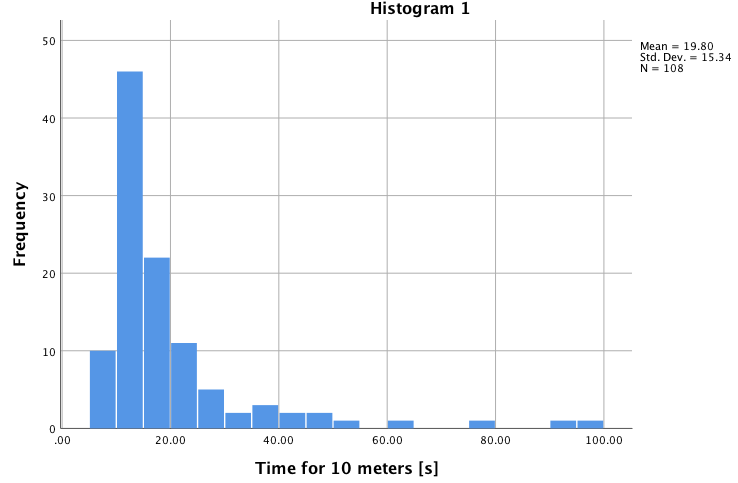 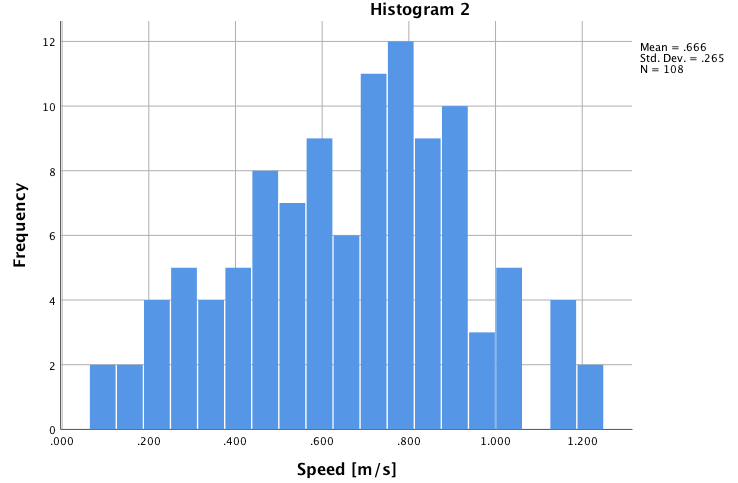 The image below illustrates intuitively why the transformed variable has a different distribution:

I have drawn two parallel lines.

This squeezing will happen also to the density distribution. The distribution of times t will not be just the same as the distribution of v with a transformed location. Instead you also get a factor that is based on how much the space gets stretched out or squeezed in.

So as the distribution for the times g(t) you do not just take the distribution of the velocity f(v) where you transform the variable v=0.1/t (which actually already make the distribution look different than the normal curve, see the green curve in the image), but you also take into account the spreading/compressing of the probability mass over larger/smaller regions.

note: I have taken t=0.1/v instead of t=100/v because this makes the two scales the same and makes the comparison of the two densities equivalent (when you squeeze an image then this will influence the density).

The inverse of a normal distributed variable is more generally:

you can find more about it by looking for the search term 'reciprocal normal distribution' https://math.stackexchange.com/search?q=reciprocal+normal+distribution

It is not the same as 'inverse Gaussian distribution', which relates to the waiting time in relation to Brownian motion with drift (which can be described by a Gaussian curve).