I am trying to recreate FIGURE 3.6 from Elements of Statistical Learning. The only information about the figure is included in the caption. 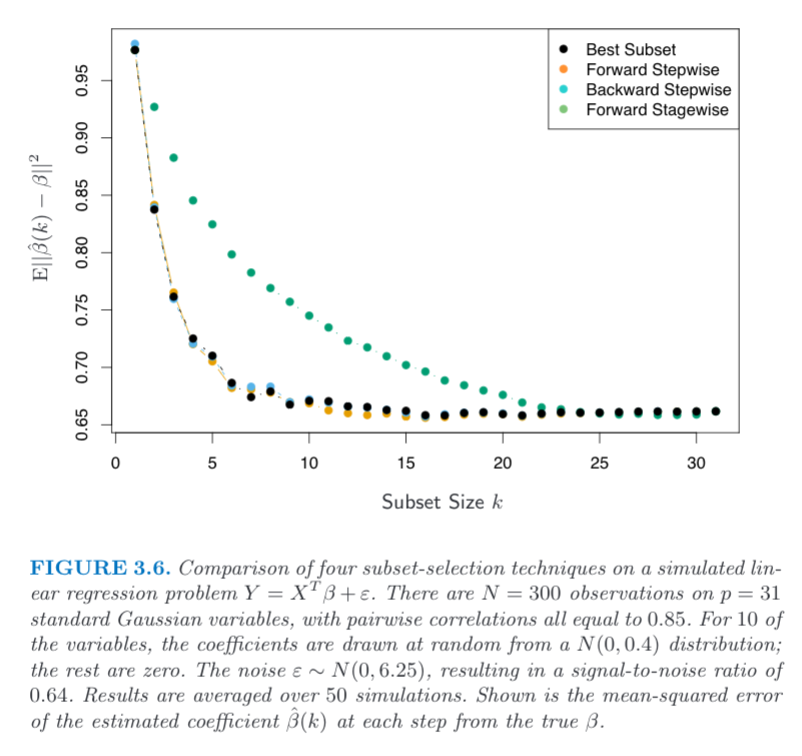 I am not clear on what the equation on the Y-axis means precisely.

What is the correct interpretation for this equation in this context?

Your understanding of the problem is correct in my opinion.
You can interpret the equation as the mean squared error of the estimated coefficients of the k-th model compared to the true coefficients, i.e. how close the k-th model is from the true model in terms of coefficients estimates.
As opposed to evaluating predictions, this metric will tell you how well you modelled the data-generating process.