I know what Variance is. But what is Bias? I just have problems to understand this what is written! 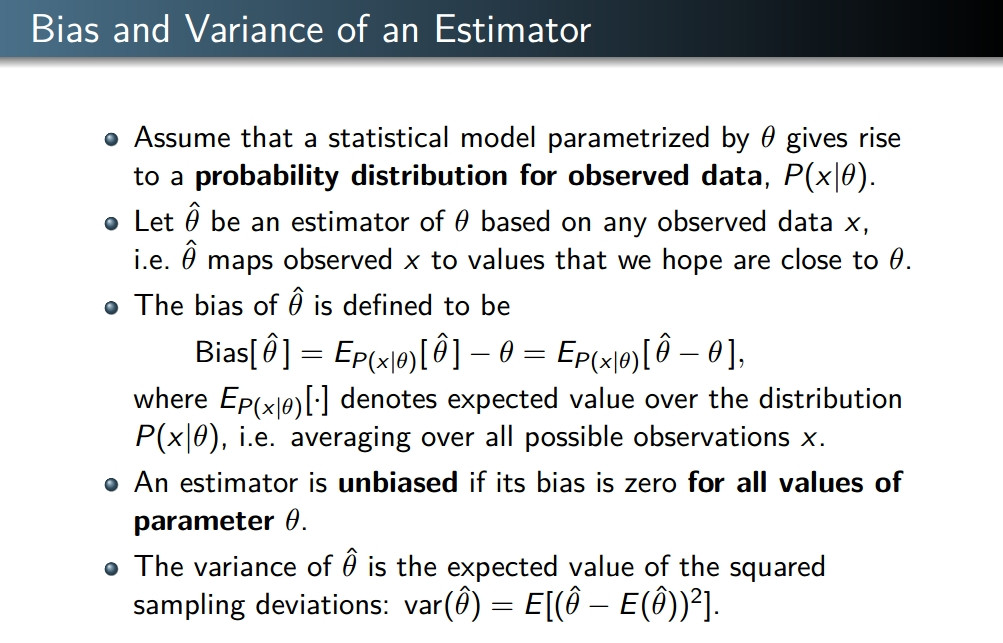 It may be that the math notation is somehow intimidating, but it’s not that daunting. Take a look at what happens with an un-biased estimator, such as the sample mean: 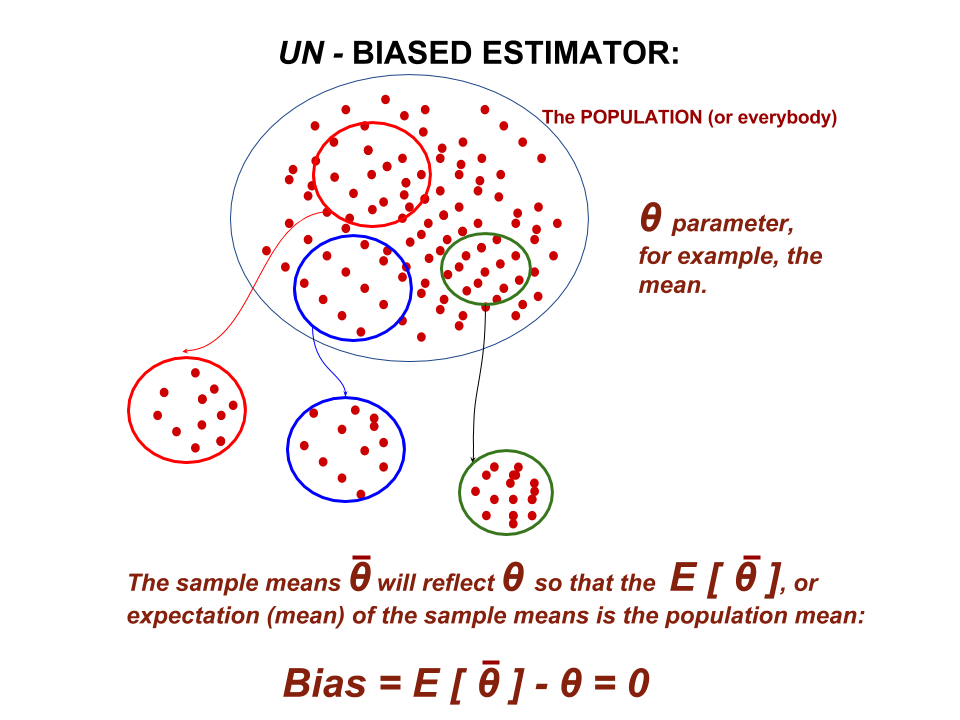 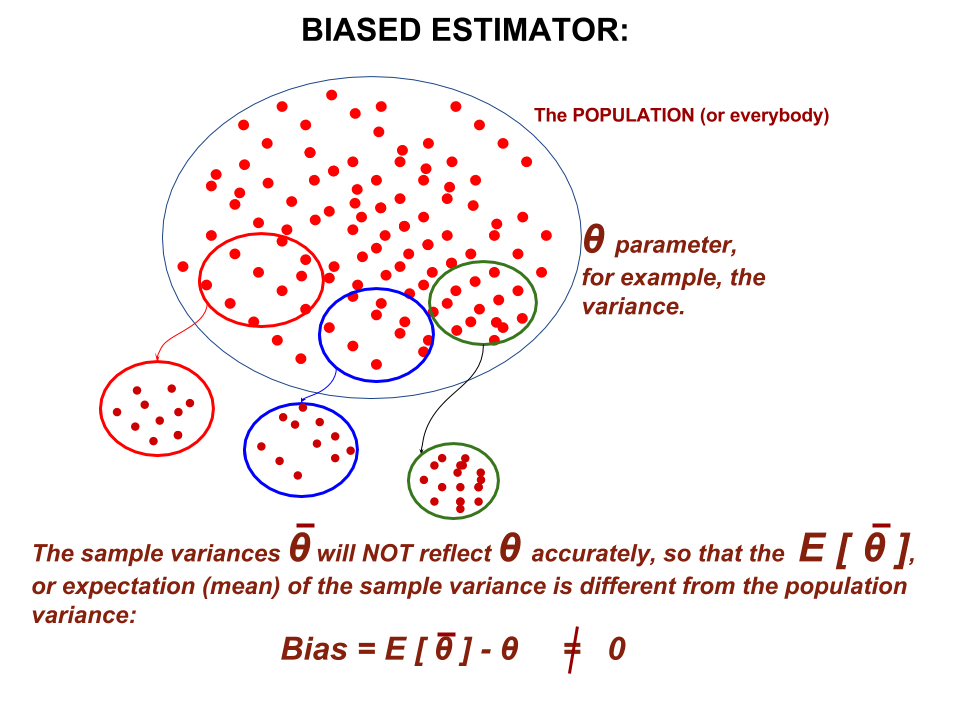 In both instances, the sample is governed by the population parameter θ, explaining the part in red in the defining equation: BiasE[ˉθ]=Ep(X|θ)[ˉθ]−θ. However, the ˉθ steers away from θ when the estimator is biased.