The standard definition of an outlier for a Box and Whisker plot is points outside of the range \left\{Q1-1.5IQR,Q3+1.5IQR\right\}, where IQR= Q3-Q1 and Q1 is the first quartile and Q3 is the third quartile of the data.

What is the basis for this definition? With a large number of points, even a perfectly normal distribution returns outliers.

For example, suppose you start with the sequence:

This sequence creates a percentile ranking of 4000 points of data.

Testing normality for the qnorm of this series results in:

The results are exactly as expected: the normality of a normal distribution is normal. Creating a qqnorm(qnorm(xseq)) creates (as expected) a straight line of data: 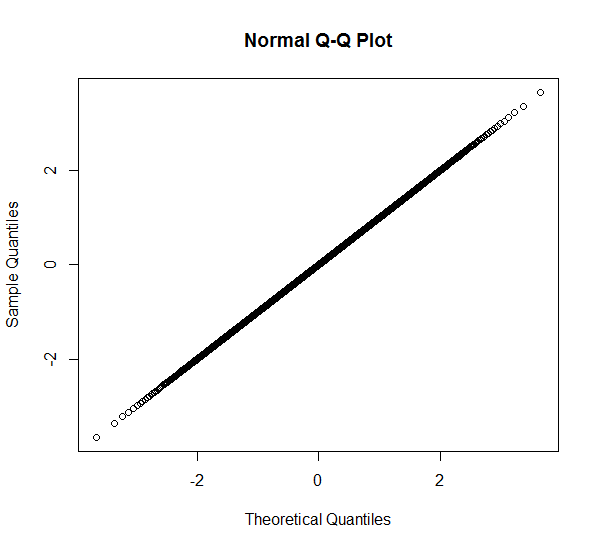 If a boxplot of the same data is created, boxplot(qnorm(xseq)) produces the result:

The boxplot, unlike shapiro.test, ad.test, or qqnorm identifies several points as outliers when the sample size is sufficiently large (as in this example).

They go on and show the application to a Gaussian population (page 63):

[they] show that if the cutoffs are applied to a Gaussian
distribution, then 0.7\% of the population is outside the outlier
cutoffs; this figure provides a standard of comparison for judging the
placement of the outlier cutoffs […].

[…] Thus we can judge whether our data seem heavier-tailed than Gaussian
by how many points fall beyond the outlier cutoffs. […]

They provide a table with the expected proportion of values that fall outside the outlier cutoffs (labelled “Total % Out”):

So these cutoffs where never intended to be a strict rule about what data points are outliers or not. As you noted, even a perfect Normal distribution is expected to exhibit “outliers” in a boxplot.

As far as I know, there is no universally accepted definition of outlier. I like the definition by Hawkins (1980):

An outlier is an observation which deviates so much from the other
observations as to arouse suspicions that it was generated by a
different mechanism.

Ideally, you should only treat data points as outliers once you understand why they don’t belong to the rest of the data. A simple rule is not sufficient. A good treatment of outliers can be found in Aggarwal (2013).