Let us sum a stream of random variables, $X_i \overset{iid}\sim \mathcal{U}(0,1)$; let $Y$ be the number of terms we need for the total to exceed one, i.e. $Y$ is the smallest number such that

Why does the mean of $Y$ equal Euler’s constant $e$?

First observation: $Y$ has a more pleasing CDF than PMF

Second observation: $Y$ takes non-negative integer values so $\mathbb{E}(Y)$ can be written in terms of the CDF 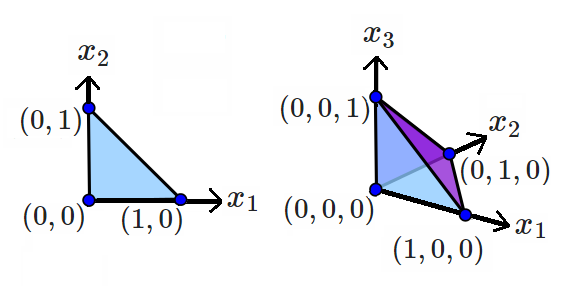 For a proof that proceeds by directly evaluating an integral for the probability of the event described by $\bar F_Y(n)$, and links to two other arguments, see this Math SE thread. The related thread may also be of interest: Is there a relationship between $e$ and the sum of $n$-simplexes volumes?