Beta regression (i.e. GLM with beta distribution and usually the logit link function) is often recommended to deal with response aka dependent variable taking values between 0 and 1, such as fractions, ratios, or probabilities: Regression for an outcome (ratio or fraction) between 0 and 1.

However, it is always claimed that beta regression cannot be used as soon as the response variable equals 0 or 1 at least once. If it does, one needs to either use zero/one-inflated beta model, or make some transformation of the response, etc.: Beta regression of proportion data including 1 and 0.

My question is: which property of beta distribution prevents beta regression from dealing with exact 0s and 1s, and why?

Does it mean that in some cases one could in fact use beta regression even with zeros/ones?

Of course even when 0 and 1 are in the support of beta distribution, probability of observing exactly 0 or 1 is zero. But so is the probability to observe any other given countable set of values, so this cannot be an issue, can it? (Cf. this comment by @Glen_b). 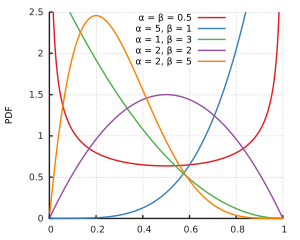 In the context of beta regression, beta distribution is parameterized differently, but with ϕ=α+β>2 it should still be well-defined on [0,1] for all μ. 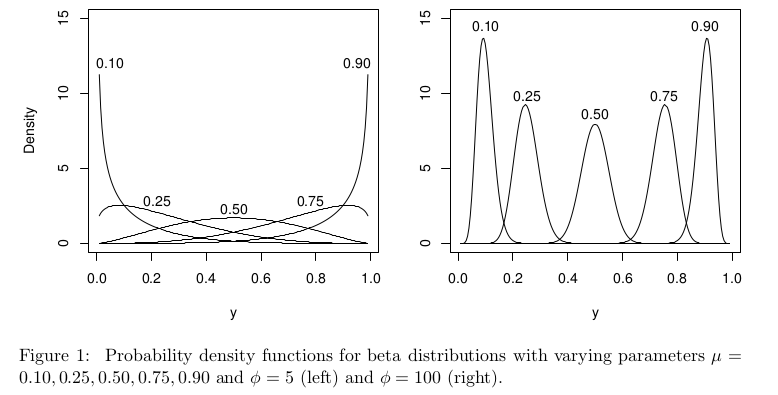 Because the loglikelihood contains both log(x) and log(1−x), which are unbounded when x=0 or x=1. See equation (4) of Smithson & Verkuilen, “A Better Lemon Squeezer? Maximum-Likelihood Regression With Beta-Distributed Dependent Variables” (direct link to PDF).